Patti Smith at Castle Clinton in 2011 (more by Tamara Porras) 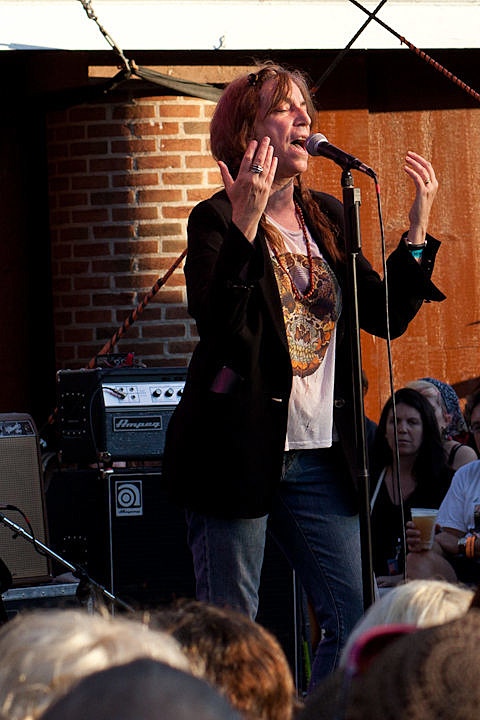 Patti Smith, Belle Ghoul @ Webster Hall
The Godmother of Punk still lives up to that title, delivering fantastic sets that span her almost-4-decade-long career which includes a number of stone cold classics. As usual, she's celebrating the end of the year in her hometown of NYC with sold out Webster Hall shows tonight and tomorrow.

Prince @ Mohegan Sun Arena
Prince never slows down, having spent most of 2013 playing epic-length shows and releasing a series of digital singles that found him regaining some creative juice (and his classic sound). Tonight's the last of three holiday shows he's got lined up at this casino resort.

The Bouncing Souls, Boy Sets Fire, The Flatliners, Restorations @ The Stone Pony
NJ punk heroes The Bouncing Souls kick off the return of their four-night 'Home for the Holidays' shows at home state venue The Stone Pony tonight. Like every night, there's three openers, all chosen by The Souls, so expect a well-curated bill of punk each night.

Phish @ MSG
Love 'em or hate 'em, Phish's New Year's run at Madison Square Garden is always quite the event for jam fans, and it continues tonight, with one show a night leading up to New Year's Eve.