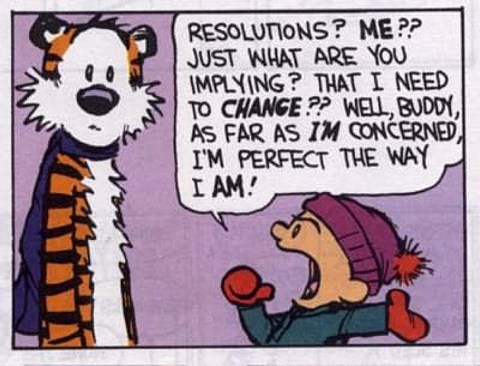 It's New Year's Eve and every place in the city is trying to get your last dollars of 2013. There are a bunch of great show options tonight. Browse our full NYC show calendar for all of tonight's shows. Here are some highlights...

Thurston Moore, Chelsea Light Moving, Mike Watt, John Zorn & more @ The Stone
Thurston Moore has quite the night planned for New Years Eve. At 8 PM, he'll do an early duo set with avant-sax great John Zorn ($25 at the door), and then he's got a second from from 10 PM - 1 AM that starts with a trio set of Thurston, The Minutemen's Mike Watt, and Black Flag/Sonic Youth/Minutemen/etc album designer Raymond Pettibon (brother of Greg Ginn), followed by Thurston's current band Chelsea Light Moving. The late show is $50 at the door. Doors open at 9:45 and only 75 people will be admitted.

Blood Orange (solo), DIIV, Potty Mouth, Nothing, Ratking @ Baby's All Right
New-ish Brooklyn venue Baby's All Right has put together a pretty stacked show for New Year's Eve with the shoegazey indie pop of DIIV, the punky indie rock of Potty Mouth, the super heavy shoegaze of Nothing, and the alt-rap of Ratking. Perfect Pussy was initially on this bill, but unfortunately they dropped off. UPDATE: Last minute addition, Dev Hynes will be performing at 2AM, playing "unheard & unreleased music from CUPID DELUXE sessions."

No Statik, Nomad, Perfect Pussy, La Misma, Grudges, Creeping Dose @ Acheron
...because Perfect Pussy are now playing this show instead. The Syracuse noise punks whose live show cannot be ignored will be joined by a genre-appropriate lineup that includes Bay Area hardcore shredders No Statik and some of NYC's best current punk bands like Nomad, La Misma, and others.

Phish @ MSG
Love 'em or hate 'em, Phish's New Year's run at Madison Square Garden is always quite the event for jam fans, and it wraps up tonight with the grand NYE finale.

Clutch, Into Another, Lionize @ Music Hall of Williamsburg
Stoner rock greats Clutch ring in the new year with reunited post-hardcore vets Into Another and Lionize, who are no strangers to wild NYE shows.

Gesaffelstein, Brodinski, Para One, Lenvi, Don Clark, Hiyawatha, Branchez, Arnold, Tony Quattro @ Slake
This show leans a bit towards bombastic EDM, but one producer we wouldn't miss is France's Para One whose "You Too" single is one of the finest disco house tracks of the year.

DJ Spinn & Secret Guest, Traxman, L-Vis 1990, Nick Hook, J-Cush, Durban, TCJ @ 285 Kent
While 285 Kent may or may not be closing, they'll definitely be open tonight for this NYE rave thrown by the folks at Lit City Trax.

The Fela! Band, Rich Medina @ Knitting Factory
With there being three different Antibalas shows tonight, you might have time to squeeze in this other Fela-related NYE show too.

Jim Jones Revue, The Compulsions, Jeremy and the Harlequins, New York Junk, Graveyard Lovers @ Bowery Electric
For an old school sneer-n-attitude rock n' roll way to ring in 2014, you'd be hard-pressed to do better than The Jim Jones Revue. The rest of the bill is an equally denim-and-leather kind of vibe. Tickets are still available.

Moon Boots, Jkriv, Free Magic, Faso @ Glasslands
There's been much talk about a "house revival" this year thanks to breakthroughs from Disclosure, Duke Dumont, Rudimental, and others, and Chicago's Moon Boots is right up there with them, making the kind of catchy stuff you can dance to all night.

Matthew Dekay, Avatism, Jimmy Edgar, DJ Three, Konrad Black, Taimur & Fahad & more @ Output
Brooklyn's new-ish dance club Output has tons of electronic musicians and DJs lined up for this big New Year's Eve party. The venue's been home to some of the best dance parties of the year, and tonight's will hopefully be no different.

Delta Spirit, (Cults DJ set), Sacco @ Brooklyn Bowl
Rootsy anthemic rockers Delta Spirit will be tearing it up at Brooklyn Bowl with a DJ set from Cults. The show is sold-out but there will be limited tickets available at the door.

Tanlines (DJ), Cale Parks (DJ) @ Brooklyn Bowl
After Delta Spirit, stick around for what's sure to be a fun night of dancing with Tanlines and Cale Parks on the 1s & 2s.

Slavic Soul Party @ Barbes
"Fiery Balkan brass, throbbing funk grooves, Gypsy accordion wizardry, and virtuoso jazz chops: Slavic Soul Party! is just what it says." If that sounds like your way to celebrate the new year, head to Park Slope's Barbes which is open from 10 PM until late.

Blondie & others @ Times Square
If you're planning on going to this, you're probably heading there pretty soon (and probably a tourist), but for the rest of us who will watch 'Dick Clark's New Year's Rockin' Eve with Ryan Seacrest' from our televisions (if at all), we can count on seeing Blondie among the list of performers that also includes Icona Pop, Macklemore & Ryan Lewis, and Miley Cyrus.

Dee Dee of Dum Dum Girls and Brandon of Crocodiles are DJing at Night of Joy (667 Lorimer in Williamsburg) and that's free.