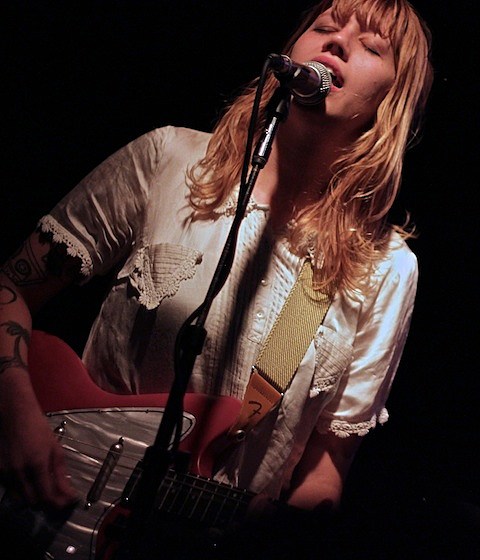 Thurston Moore, Lee Ranaldo, John Moloney & others @ The Stone
Sonic Youth/Chelsea Light Moving guitar destroyer Thurston Moore continues his residency at The Stone tonight. The 8 PM show is with his Sonic Youth bandmate Lee Ranaldo and his Chelsea Light Moving/Caught On Tape bandmate John Moloney. Then for the 10 PM show, Moloney hangs around and he and Thurston are joined by Gene Moore and Daniel Carter.

Gospels, Rumors, Bent Shapes @ Glasslands
If you're going to this show, openers Bent Shapes are worth getting there early for with their spunky, angsty take on indiepop.

Lost Boy?, Slonk Donkerson, The Denzels, Breakfast In Fur @ Mercury Lounge
Miss the days of catchy '90s alt-pop? Tonight's line-up at Mercury Lounge features a full roster of local bands who do too.

Magik Markers, Degreaser, Lushes @ Union Pool
Noise rock trio Magik Markers returned in 2013 with their first album since 2009, and tonight they celebrate the album with a genre-appropriate bill of Degreaser and Lushes.

Darlene Love @ BB King's
Still in the holiday spirit? Darlene Love does her last of three holiday shows at BB King's tonight, and you can count on her to bring plenty of Christmas/seasonal hits.

Christian metal vets Stryper have postponed their show at Stage 48 due to weather.