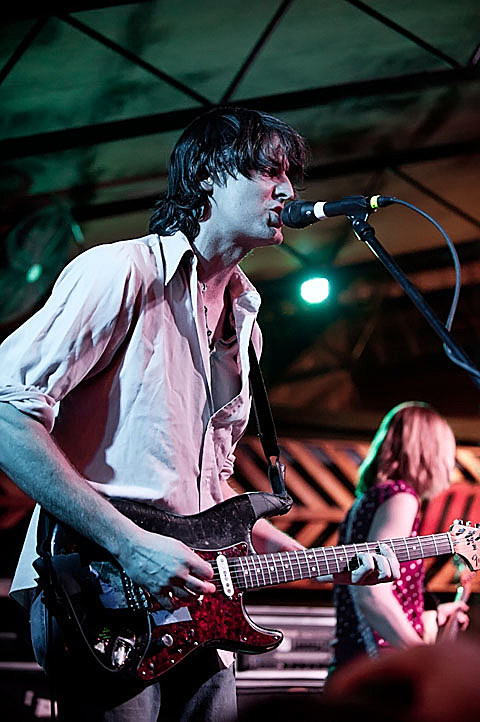 Stephen Malkmus & The Jicks @ Generation Records
The Jicks' new album, Wig Out at Jagbags, is out today and SM is celebrating with two appearances today. At 4 PM he'll be Momofuku Milk Bar in Williamsburg, digging into his "Cinnamon and Lesbians" ice cream and signing posters. Then at 8 PM, he and the Jicks will play live at Generation Records which is free with purchase of the new album.

Neil Young @ Carnegie Hall
Neil Young did the Crazy Horse thing for much of 2012 and 2013, playing some excellent, noisy shows, and tonight he's on night 2 of a four-night run at Carnegie Hall, which will presumably be more stripped down and show off his prettier side.

Feathers, Fielded @ Mercury Lounge
Austin's Feathers are on their way to Europe where they'll be opening for Depeche Mode, definitely a good pairing given their moody, synth-heavy sound. Before they jet off, they're playing this show at Mercury Lounge.

Stay warm today! What else?