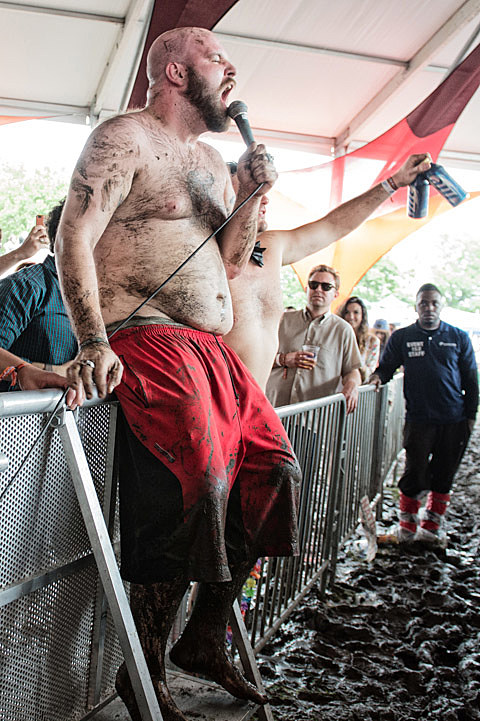 Fucked Up, DIIV, White Lung, Guardian Alien, LODRO @ 285 Kent
Tonight is the very last show at Brooklyn DIY venue 285 Kent before it closes, and they've got one helluva lineup for it. Things kick off with local dark rockers LODRO and local experimentalists Guardian Alien (whose lineup includes ex-Liturgy drummer Greg Fox). Then it's the ambitious yet ferocious punk of Vancouver's White Lung, Brooklyn's DIIV who always put on enjoyable shows, and the super-fun hardcore band Fucked Up whose Damien Abraham is sure to end up in as many corners of 285 Kent that his mic cable will reach.

Disclosure, Vic Mensa, Bishop Nehru, Samo Sound Boy @ Terminal 5
In a year where Daft Punk made a huge comeback, Disclosure were still dance duo of 2013 thanks to a killer album jam-packed with hits that translate just as well to the dancefloor. Needless to say, these three nights at Terminal 5 will be a killer time.

Pixies, Asphalt Orchestra @ Capitol Theatre
Though the Pixies have admitted you can never truly replace Kim Deal, the band are moving on and continuing to tour and release music without her. Tonight they bring their tour (with current bassist Paz Lechantin of A Perfect Circle/Zwan/Entrance Band) to the Capitol Theatre for their first of two NYC-area shows this week. Opening is Asphalt Orchestra, who will do marching band covers of Pixies songs.

Self Defense Family, Pity Sex, Ovlov, Loss Leader, Deep Pockets @ Santos Party House
Self Defense Family (fka End of a Year) just released their first album under their new name, Try Me (via Deathwish), which combines passionate, spoken-word-meets-yelling vocals with indie rock-leaning post-hardcore. And Pity Sex offer a great mix of the current wave of emo with poppy shoegaze more akin to The Pains of Being Pure at Heart than The World Is A Beautiful Place. Together that makes for an excellent double bill.