Delorean at Bowery Ballroom in 2010 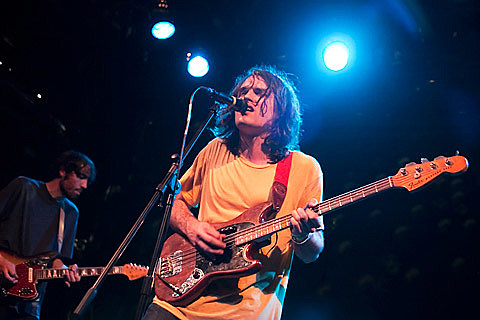 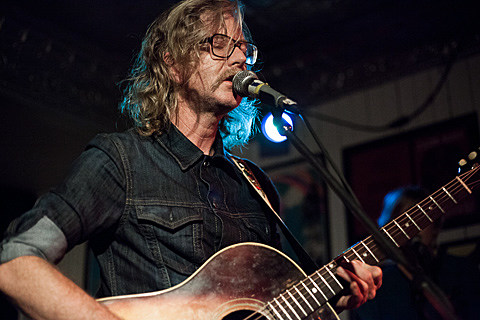 Neutral Milk Hotel, Elf Power @ BAM
After releasing one of the most classic indie albums of all time with In the Aeroplane Over the Sea, Neutral Milk Hotel pretty much disappeared with frontman Jeff Mangum choosing to remain mostly out of the public eye. A few years ago, Mangum began touring again, but it wasn't until late 2013 that Neutral Milk Hotel returned to the road. Their reunion tour finally comes to NYC this week and this is the second of five shows here.

Delorean, Mas Ysa @ Music Hall of Williamsburg
Spanish synthpop band Delorean may not be as buzzy as they were back in 2010 (which feels like way more than four years ago), but they're still making shiny, catchy tunes and tonight's show is sold out. NYC indie pop guy Mas Ysa opens.

Brendan Canning (of Broken Social Scene), White Hinterland @ Mercury Lounge
While Broken Social Scene is on hiatus, both co-founders are focusing on their solo projects, and tonight Brendan Canning finally makes his way to NYC after having to postpone his last tour. White Hinterland makes solid indie pop and is about to release her first album since 2010, Baby, on April 1 via Dead Oceans. You can listen to its new single, "Ring the Bell," below.

The Detroit Cobras, Nude Beach, The Above @ The Bell House
Detroit Cobras have been doing garage rock covers for about two decades now, and they'll bring the fun back to Brooklyn tonight. If you're going, get there early for Nude Beach, whose punky take on Elvis Costello-style power pop is pretty great.

Woodsman, Herbcraft, Fire Talk @ Mercury Lounge
Mixing drony folk, motorik rhythms and the occasional chopped-up beat, Brooklyn's Woodsman are set to release their self-titled third album, on February 5. This is the kickoff to their tour with Herbcraft.

Reverend Horton Heat, Nekromantix, Deke Dickerson, The Creepshow, Reformed Whores @ Irving Plaza
In the world of surf-rock, the Rev is a lengend, bringing a crazed twang to his raucous instrumentals and psychobilly freakouts.

Prurient, Azar Swan, Clay Rendering @ Saint Vitus
Dominick Fernow is a man of many sounds (and projects) in the worlds of noise, power electronics, and industrial, and tonight he brings his Prurient project (just days after releasing a noisy new single) to the black walls of Saint Vitus. Also don't miss the goth pop of Azar Swan and the post-industrialism of Clay Rendering (who are on Dominick's Hospital Productions label).

Damien Jurado, Courtney Marie Andrews @ Bowery Ballroom
You can pretty much always depend on Damien Jurado to deliver excellent indie folk songs, and his newest album Brothers and Sisters of the Eternal Son (out this week on Secretly Canadian) lives up to that promise. 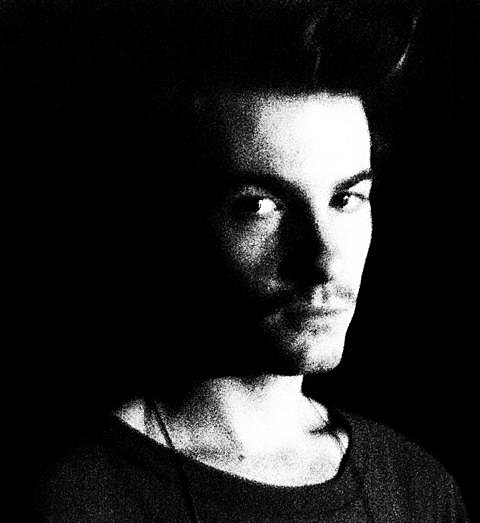 R. Stevie Moore, Gary Wilson @ Issue Project Room
Godfather of home recording R. Stevie Moore is guaranteed to put on a quirky show, but for some (especially those who like Ariel Pink), he'll likely be very inspiring too. Meanwhile, fellow cult legend Gary Wilson was making ahead-of-its-time new wave in the '70s and has also made fans of newer musicians like Beck and Questlove.

JD Samson & MEN, Bright Light Bright Light @ Littlefield
Kathleen Hanna's band The Julie Ruin is probably the most talked-about post-Le Tigre project at the moment, but if you were into Le Tigre's dancey, passionate jams, JD Samson's band MEN continues to provide those. This show is a benefit for the Hetrick-Martin Institute, "which provides empowerment, education, and advocacy for LGBTQ youth in New York and New Jersey."

Old Cole Younger, Beach Party, DJ Tennessee Thomas @ Baby's All Right
Cole Alexander of The Black Lips is in NYC tonight with his Old Cole Younger project (ahead of his band's upcoming tour) and LA garage punks Beach Party are on the bill too.