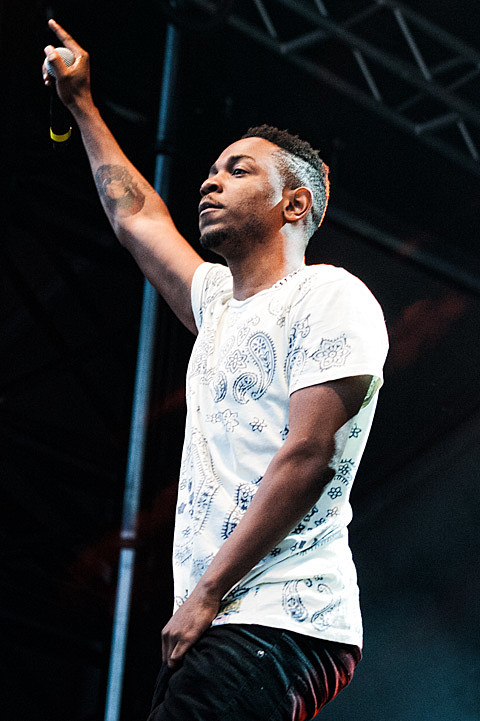 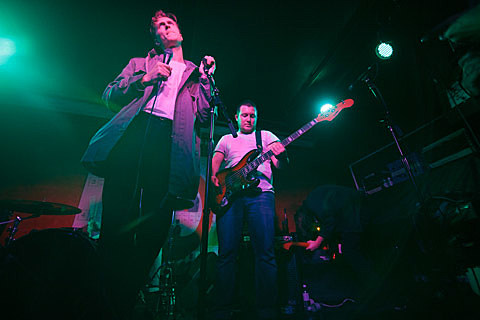 Kendrick Lamar, Robin Thicke, Jermaine Dupri @ Pier 36
The Grammys may not agree, but we think Kendrick Lamar is one of the most exciting things happening in rap right now, so it's great to have him back in NYC for this Super Bowl weekend show.

Eagulls @ Baby's All Right (Midnight)
Moved from Rough Trade, this show now happens at Baby's at midnight with no openers. Eagulls' upcoming self-titled LP is chock-full of driving post-punk, and the band look the part live too, with singer George Mitchell bringing the attitude and facial expressions you'd expect from the way he spits his words on record.

Broken Bells @ Baby's All Right (6 PM)
Broken Bells, the collaborative project between Shins singer James Mercer and production wizard Danger Mouse (Gnarls Barkley, Gorillaz, etc), are about to release their sophomore album After the Disco, and are playing this intimate Tumblr-sponsored show ahead of its release. Like their last record, it sounds pretty much what you'd expect from members of The Shins and Gnarls Barkley, but they get a bit funkier this time around. The band will be back for a bigger (and also sold out) show at Webster Hall in March.

Mark McGuire (ex-Emeralds), Imperial Topaz, Forma @ Baby's All Right (9 PM)
Former Emeralds member Mark McGuire has been known to creature beautiful ambient textures with his guitar, and his new album Along the Way (due out 2/4 via Dead Oceans) is no different. Good openers tonight too, including local dream pop duo Imperial Topaz and electronic trio Forma.

The Williamsburg Salsa Orchestra, Spanglish Fly @ Brooklyn Night Bazaar
Williamsburg Salsa Orchestra do salsa covers of indie songs like Animal Collective, TV on the Radio, Arcade Fire and others. Tonight they team up with NYC boogaloo band Spanglish Fly for this Brooklyn Night Bazaar show, which like all BKNB shows, is totally free and also features (not-free) shopping, games, food, and drinks.

Maria Minerva, Lia Mice @ Mercury Lounge
Since moving to NYC, lo-fi pop singer Maria Minerva has become a regular on the scene, and is always worth catching, especially if you haven't done so yet.

Coliseum, Primitive Weapons, Tidal Arms @ Saint Vitus
Coliseum fall somewhere between the melodic sludge of Baroness and Torche and the punky post-hardcore of Hot Water Music, and they rip as hard as you'd want a band like that to. Two solid local openers on this bill, so get there on time.

Aaron Maine, Poverty Hollow, Palehound, Baked, Grass Is Green, Radical Dads @ Silent Barn
It's the Brooklyn installment of the 10th annual Berfest with an all around great lineup of Porches frontman (and Frankie Cosmos collaborator) Aaron Maine, trusty indie rock from Palehound and Radical Dads, the fidgety post-hardcore of Grass Is Green, and more. 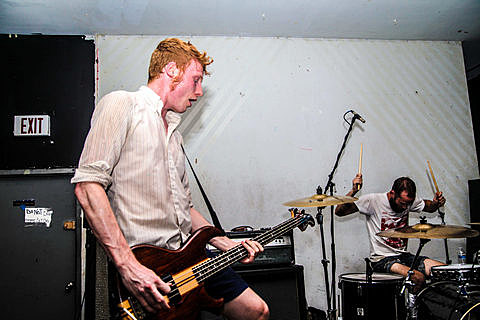 Greys, Vaz, Death Ray Architect, Tom Blacklung and the Smokestacks @ Shea Stadium
Toronto's Greys make intense noise punk (similar to their neighbors METZ) and they've got a great live show too. Their debut LP is finally going to drop this year, and we'll likely hear some songs off of that tonight. Local noisemakers Vaz are worth catching too.

Lauryn Hill @ Capitol Theatre
Neo-soul great Lauryn Hill may have had a bit of trouble with her comeback shows, having to reschedule many of them, but her trip to Port Chester for this Capitol Theatre show is finally back on. Let's hope it's a good one.

Mahogany, Lazyeyes, Shy Boys @ Glasslands
While this is a strong bill overall with quality local bands Mahogany and Lazyeyes, do get their early for Kansas City, MO indiepop band Shy Boys who and jangle with the best of them.

Har Mar Superstar @ Knitting Factory
Entertaining goofball Har Mar Superstar can turn any place into a sweaty party, given his ability to mimic '80s R&B and funk... he can breakdance too. This is part of Har Mar's ongoing Free Fridays series. Doors at midnight.

Lee Ranaldo, Leah Singer @ Showroom
Photographer/multimedia artist Leah Singer is in the midst of her Impressions exhibition at Showroom Gowanus (460 Union St) and tonight her husband (and Sonic Youth guitarist) Lee Ranaldo joins her for a performance.