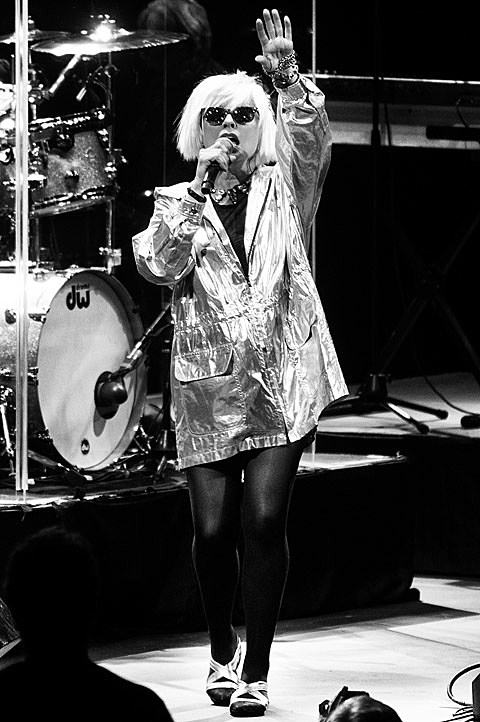 Red Hot Chili Peppers, MS MR, J. Roddy Walston and The Business, Basic Vacation @ Barclays Center
Parody versions aside, the real Red Hot Chili Peppers are about to appear with Bruno Mars at the Super Bowl halftime show, but before that they'll celebrate the "biggest weekend in sports and entertainment" with a full show at Barclays Center tonight.

Drake, Diddy, Funkmaster Flex, DJ Ross One @ Highline Stages
This Revolt TV-hosted Super Bowl weekend show may not be the most ideal (or easiest to get into) way to see Drake, but stop making a big deal out of the little things.

Kendrick Lamar @ Espace
The Grammys may not agree, but we think Kendrick Lamar is one of the most exciting things happening in rap right now, so it's great to have him back in NYC for this Super Bowl weekend show.

Jay Z @ Pier 40
Yet another Super Bowl weekend show from a big name rapper is this invite-only DirecTV party.

Blondie @ Super Bowl Boulevard Concert Stage
Now here's a Super Bowl weekend show you may actually have some luck getting into. It's totally free to the public, and as long as you don't mind braving the insanity that will be Times Square Super Bowl version, you can see these punk/new wave icons for the cost of nothing.

Man Man, Xenia Rubinos @ Music Hall of Williamsburg
Weirdo art rockers Man Man are joined by the similarly art Xenia Rubinos for this show, which is recommended for fans of the eccentric.

The Burlies, Paper Fleet, Drunk Tigers, Sunset Guns, Railsplitters @ Cake Shop
The Dismemberment Plan are back in action, but Travis Morrison is still staying busy with other projects, including his band The Burlies, who play tonight.

Nomad, Sad Boys, EEL, Mueco, Scab Eaters @ Acheron
NYC punks Nomad are a pretty busy band, with tons of chances to catch them in their hometown, and tonight they're joined by a couple other local bands, plus Pittsburgh's EEL and Montreal's Mueco.

Porches @ Baby's All Right this week (more by Amanda Hatfield) 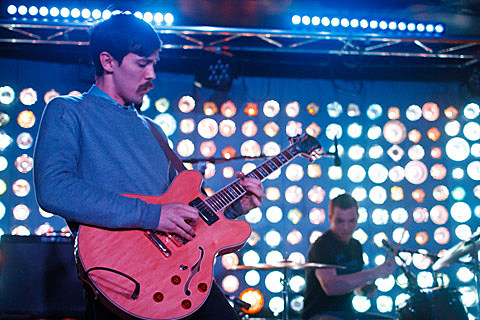 Dawn of Midi, Bright Wave @ Merkin Concert Hall
Part of the Ecstatic Music Festival, this collaborative effort is a promised "evening of improvised and written music that collapses the distinction between electronic and acoustic sound."

Ziggy Marley @ Bryant Park
A chip off the old block, Ziggy Marley has become a bankable reggae star in his own right. This is another of the many Super Bowl related shows, which was free with RSVP (which is now full).

PC Worship, Aa, Dan Friel, Dinowalrus, Advaeta @ Silent Barn
Tonight is the release party for Aa's new album, VoyAager, and the band have assembled a disparate and talented bunch of bands for support.

TEEN, Icewater, Tiger Dare, Pocean @ Baby's All Right
You may know Icewater as Eleanor Friedberger's backing band, but they make music on their own, too. You can stream their very catchy debut album, Collector's Edition, below.

Nous @ Basilica Hudson
Fans of experimental music will want to check out this band featuring composer Christopher Bono, as well as the talents of Greg Fox, Thor Harris, Shahzad Ismaily, Grey Mcmurray, and others. Tonight is their live debut and they make their NYC debut Sunday night at Baby's All Right.

Morbid Saint, Seeds of Perdition, Stychnia, Condition Critical @ Saint Vitus
Classic-era thrashers Morbid Saint are responsible for one of the most vicious thrash albums of the style's heyday in 1988's Spectrum of Death. Their reunited incarnation also played one of the best non-marquee sets of MDF 2012, noticeably outdoing a certain other band with "Morbid" in their name who played the same day.