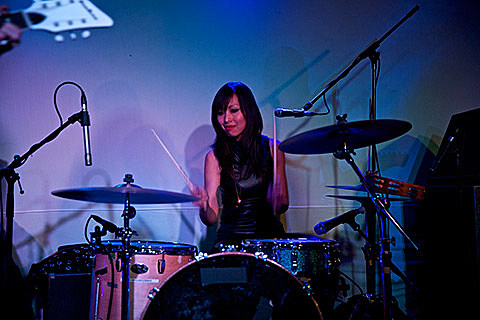 Alex Bleeker at Brooklyn Bowl in 2012 (more by Tracy Allison) 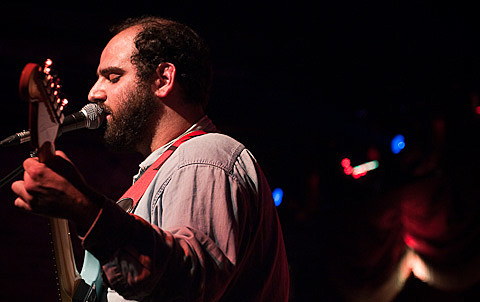 Juan Wauters @ Other Music
Juan Wauters is a very busy guy, playing many hometown shows with his band The Beets and also doing the solo thing quite often, like tonight at Other Music. Free admission, 8 PM start.

Sun Araw, Mark McGuire @ Body Actualized Center
Sun Araw is prepping a new album, Belomancie (out 2/18 via Drag City), and he's also got a new piece called "The (3) Vases," which he's performing from tonight. Ex-Emeralds guitarist Mark McGuire was initially DJing this show, but he is now billed as "live," making this an excellent bill for fans of ambient/experimental music.

Alex Bleeker & the Freaks, Skies @ Manhattan Inn
Alex Bleeker spends much of his time playing in Real Estate, but his own band is quite different, giving him the opportunity to dive into bluesy psychedelia. They're playing acoustic at tonight's show, which is free and starts at 10 PM.

John Hodgman @ Union Hall
You may know John Hodgman as a Daily Show correspondent, but he's also got tons of his own excellent (and hilarious) material. Tonight's another of his Secret Society shows at Union Hall.