Dead Meadow at MHOW in 2011 (more by Dana (distortion) Yavin) 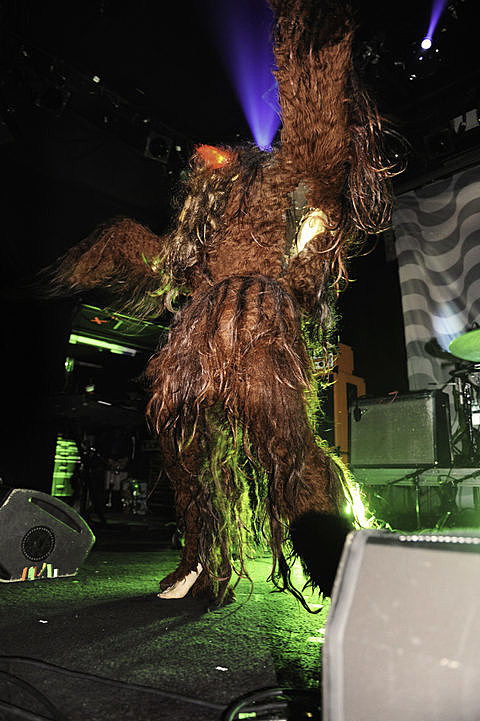 The Autumn Defense, T. Hardy Morris @ Highline Ballroom
The Autumn Defense is the side project of John Stirratt and Pat Sansone (both of Wilco), and like their main project, provides quality twangy rock.

Dead Meadow, The Black Cadillacs, Mike Wexler @ Bowery Ballroom
Dead Meadow have been making '60s-inspired psychedelic rock for over a decade now, which they keep up on their most recent album, 2013's Warble Womb. Tonight's their first of two NYC shows this week, with a Glasslands show coming up on Saturday (2/15).

Cosmonaut, Ponyhof @ Mercury Lounge
Cosmonaut play catchy post-Strokes guitar pop, and do it well. Their EP from 2012 is packed with stick-in-your-head songs.

Sam Roberts Band, Heaven's Jail @ Mercury Lounge
Montreal singer-songwriter Sam Roberts may not get the attention some of his neighbors do, but he's been putting out consistently appealing albums since 2000. His latest, Lo-Fantasy, is out today via Paper Bag and you can stream it below.

Hey Rosetta! @ Rockwood Music Hall
Newfoundland orch-pop outfit Hey Rosetta! are known for their spirited, string-laden live shows. The band will be testing out material from their upcoming new album over two nights at Rockwood, this being the first.