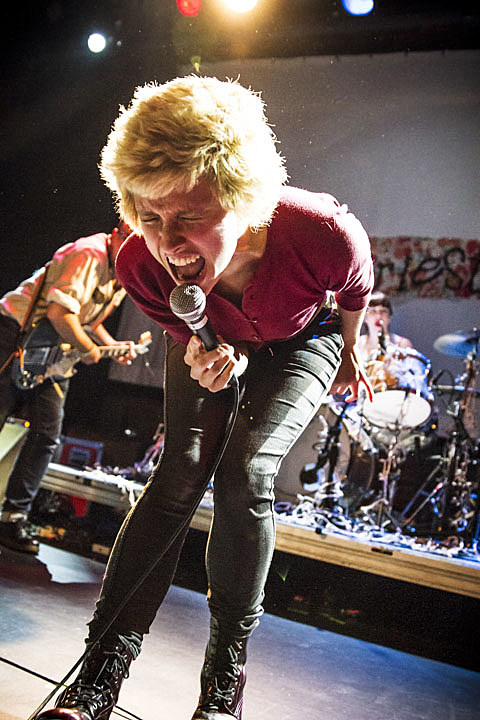 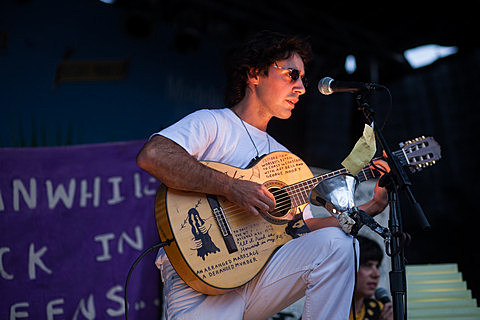 Priests, Lazyeyes, Truthers @ The End
DC post-punks Priests are a pretty intense band, both with their aggressive, upfront lyrics and the fact that their music keeps the "punk" in "post-punk." Their live show is really where it's at too, and you can get a taste of that tonight.

Juan Wauters (of The Beets), Household, Las Rosas @ Baby's All Right
Whether solo or with The Beets, Juan Wauters brings an idiosyncratic worldview and intensity to his songs and performance. He's a NYC original. This is a release party for his new album, N.A.P. North American Poetry, which is out via Captured Tracks.

Vaz, Roomrunner, Multicult, Big Ups @ Death By Audio
It's gonna get loud at this show, which includes the noise rock of Vaz, the grungy Roomrunner and their fellow Baltimoreans Multicult, and the caustic post-hardcore of Big Ups.

Those Darlins, Diarrhea Planet @ MHOW
These two Nashville bands both love rock 'n' roll, but in very different ways. Those Darlins kick around in the leather boot-wearing territory, whereas Diarrhea Planet don't really care what they wear, because the rage of their live show will have them sweating all over it anyway.

Whiskey Bitches, XNY, Unicycle Loves You, Haybaby, Adult Dude @ Radio Bushwick
There's a bunch of local bands on this bill, but the one we think is most worth catching is Adult Dude, who have a great mix of Dinosaur Jr-style rock and Superchunk-style punk.