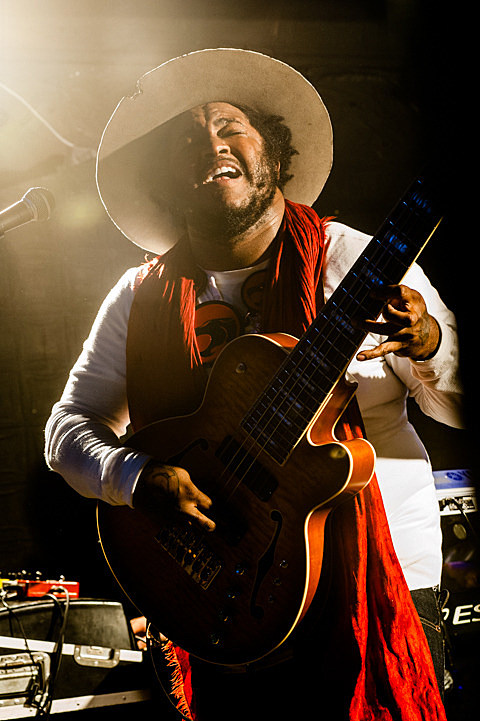 Thundercat, ASTR, Tondrae Kemp @ LPR
Thundercat is pretty close to a genius in terms of his bass playing, pulling from jazz, electronica, and hip hop and bringing it all together for a blend that no one else is really doing right now.

Radkey, Netherlands, EULA, Shark? @ Death By Audio
This whole bill is pretty solid with the polished punk of Radkey, the synth-fueled heavy punk of Netherlands, the noise rock of EULA, and the catchy garage rock of Shark?.

Cian Nugent, Bloom @ Union Pool
Cian Nugent taught himself to play guitar which accounts for his unusual style. Catch him tonight before his sold-out show with Angel Olson later in the week.

Dragons of Zynth, Denitia and Sene, Bowmont, Pajama People @ Highline Ballroom
If you're going to this show, do check out local trio Bowmont whose new EP, Hovering, is nicely textured synthpop.

James K, Gobby, Dutch E Germ, Shayne @ Cameo Gallery
UNO presents this dancey night at Cameo with live sets by James K and Mykki Blanco collaborator Gobby. Dutch E Germ and Shayne round out the bill, and there will be guest DJs too. Check out the Gobby triptych, "The Films: A Lucid Nightmare" below.

Nina Persson, White Prism @ Mercury Lounge
Though she best known for fun, upbeat songs like "Lovefool" with The Cardigans, Nina Persson shows her introspective side on her new solo album, for which this is a record release show. Sold out.

Glasvegas, The Ceremonies @ Mercury Lounge
Though the hype surrounding the band's debut has died in the years since, Scotland's Glasvegas are still making highly-charged anthemic guitar pop on their third LP, Later...When the TV Turns to Static. This is their first of two NYC shows and it's sold out.

Cult of Youth, Helm, Damien Dubrovnik @ Nothing Changes
It's the second NYC stop on London experimental musician Helm and Copenhagen electronic duo Damien Dubrovnik's (mem of Var, Lust for Youth) US tour, and like yesterday's (which had Pharmakon), there's a great likeminded NYC band on this one too: Cult of Youth.