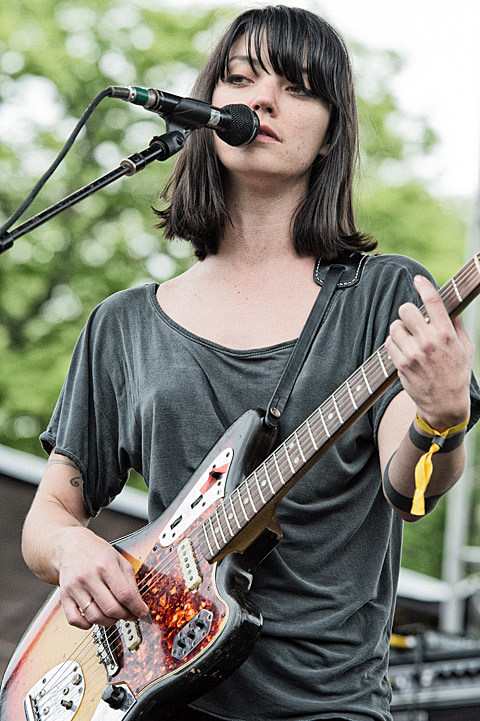 Cheap Time, Games @ Mercury Lounge
Cheap Time's latest album, Exit Smiles, is sneering, snarling punk not too far off early-'80s-era The Fall. This is the first of two NYC shows for these Nashvillites and tonight is with local powerpop band Games.

Mt. Royal, Brazos, Incan Abraham, My Body @ Brooklyn Bowl
It's another It's A School Night party, tonight featuring Baltimore band Mt. Royal who feature onetime Celebration singer Katrina Ford. If you like Blonde Redhead you might want to check them out -- the show is free with RSVP.

Kanye West @ Nassau Coliseum
Kanye's Yeezus tour has been quite the spectacle, and it should impress even the biggest of the "hip hop sucks live" naysayers. He brought it to NYC for four shows in November, but if you missed it then or just need to see it again, he's in the surrounding area for a few dates this month, including tonight's Nassau Coliseum show.

Schoolboy Q @ Le Poisson Rouge
Schoolboy Q's new album, Oxymoron, has some of his hardest flow and most detailed production, but not at the expense of the element of fun he's always had. You can experience the new album performed live in its entirety tonight if you were able to get in via @NPRHipHop. For the rest of us, it will stream live at 8 PM on NPR First Listen. You can catch Q at a more conventional show when his tour with Isaiah Rashad and Vince Staples rolls through NYC in March. You can also stream Oxymoron in full on iTunes Radio.

The Sword, Big Business, O'Brother @ Music Hall of Williamsburg
It's an excellent double dose of stoner rock at MHOW tonight with riff-lovers The Sword and Big Business.

Ed Askew, Abhay Singh and friends, Bodega Bay, Beta Boys @ Trash Bar
Ed Askew's 1968 album, Ask the Unicorn, is an absolute psychedelic folk masterpiece, and lucky for us he's continued to record sporadically over the years, but is now very active. Even if the opportunities to see him have increased lately, any chance to see him is one worth taking.