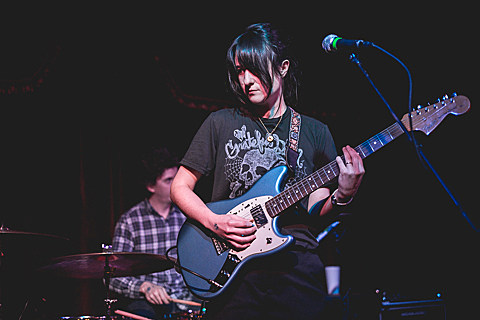 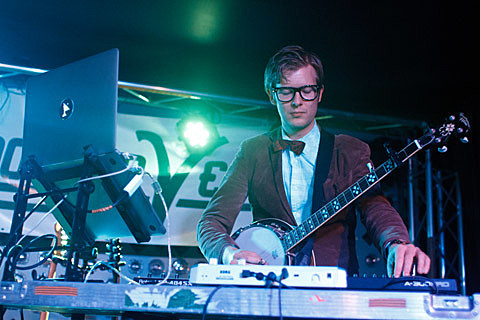 Hospitality, Air Waves @ Music Hall of Williamsburg
Having bettered their debut with their terrific second album, Trouble, Hospitality's tour circles round back to Brooklyn tonight.

Vivian Girls, Waxahatchee, Juan Wauters @ Death by Audio
It's the end of an era: Vivian Girls will go their separate musical ways after this weekend's two sold-out farewell shows. Tonight's is the location of some of their earliest shows, and is with Waxahatchee who coulda sold out DbA on their own.

Mike Doughty @ City Winery
This is one of Doughty's "Question Jar" shows where audience members can submit questions (guess where) that the former Soul Coughing singer then answers in betweens songs.

Honduras, Dead Stars, Beiju, The Gradients @ Radio Bushwick
Honduras bring a lot of different influences to the table. A little garage, yes, but there's '80s/'90s British indie too. While it may not be anything you haven't exactly heard before, Honnduras write very hooky songs and, as importantly, the bring a real energy to the performance. Tonight's a release party for their new EP.

Porches, DRGN KING, Frankie Cosmos @ Baby's All Right
One of the many local dates for NYC "bummer pop" band Porches, and this one is double the fun because Frankie Cosmos (who plays in Porches' live band and is joined by Porches frontman Aaron Maine in her own live band) is on the bill too. Early show.

Caspian, Junius, A Storm of Light, Advaeta @ Brooklyn Night Bazaar
It's a triple attack of epic tonight with the titanic post-rock of Caspian, the atmospheric/heavy Junius and metal bashers A Storm of Light (fronted by Neurosis' former visual artist Josh Graham). Brooklyn indie trio Advaeta don't exactly fit the theme of the bill, but they're worth catching as well.

Laurel Halo, M.E.S.H., Bill Kouligas, Physical Therapy @ Baby's All Right
On her albums, Laurel Halo nails a mix of forward-thinking IDM and left-field art pop. Her shows are known to combine the two or rely most heavily on one for the evening. Let's see what surprises she has in store for us tonight.