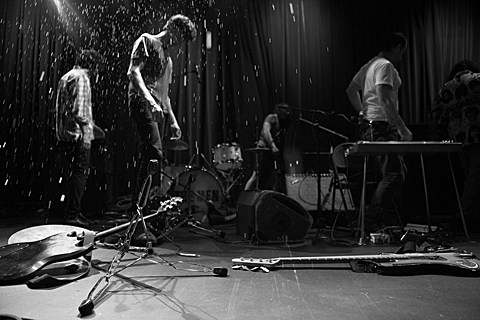 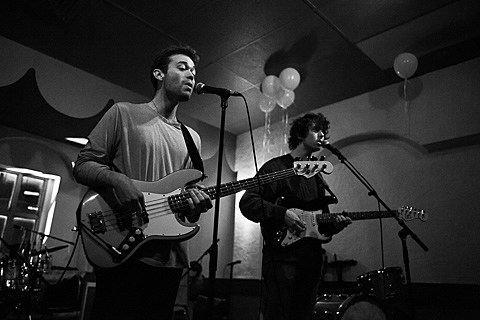 The Men, Ukiah Drag @ Bowery Ballroom
The Men's prolific album-a-year schedule and ever-changing sound that has shifted from dark sludge punk to Replacements-y indie rock to Crazy Horse style jams leaves them with a ton of variety to throw into their raucous sets. If you're going, don't miss the western-tinged psych punks The Ukiah Drag, who open.

The Lawrence Arms, The Copyrights, Elway @ Gramercy Theatre
The Lawrence ended an 8-year gap between albums with this year's Metropole, and for a band who's been away from releasing music for so long, it's surprisingly one of their best records.

CTZNSHP, Adult Dude, Longarms @ Spike Hill
Local rockers Adult Dude make a great mix of Dinosaur Jr-style rock and Superchunk-style punk, and are worth showing up to this one for.

Joan As Police Woman @ Union Pool
Joan as Policewoman's new album, The Classic, finds her in classic (and classy) R&B mode with some of her most ebullient songs yet. Tonight's show is sold out but you can catch her at Rough Trade in May too.

Snow Tha Product, Caskey, Chris Miles @ Santos Party House
Snow Tha Product has some pretty fun jams like "Cookie Cutter Bitches" and we have a pretty good feeling the crowd at Santos is gonna turn up to those jams tonight.

Scott Ian @ BB King's
As guitarist for thrash vets Anthrax, Scott Ian has amassed a lot of stories. Hear some of the more entertaining ones tonight as part of his spoken word tour.

'Lost Highway' @ Nitehawk Cinema
David Lynch's classic 1997 film kicks off Nighthawk's series on composer Angelo Badalamenti. The screening will be preceeded by a set from Silent Draper Runners-related band A Place Both Wonderful and Strange.