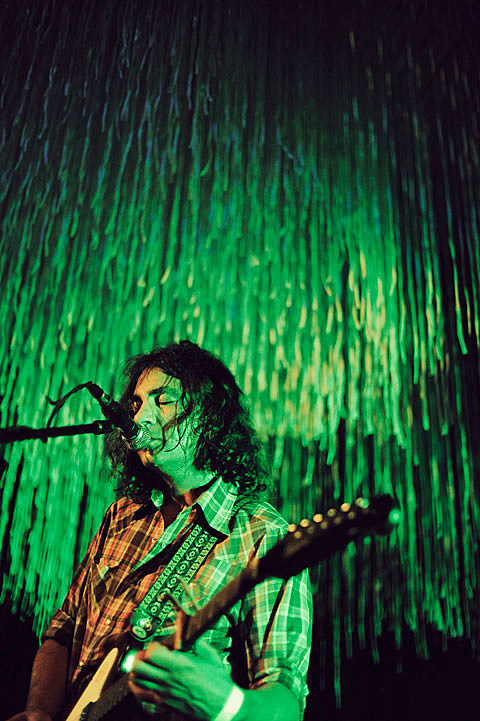 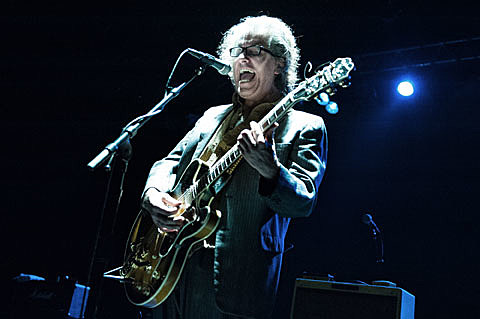 The War On Drugs, Doug Keith, Sore Eros @ Bowery Ballroom
The War on Drugs sound better than ever on their new album, Lost in the Dream, which takes the sound they honed on 2011's Slave Ambient and expands on it. Tonight they begin their sold-out 3-night run in NYC. Openers include Sharon Van Etten collaborator Doug Keith and Kurt Vile collaborator Sore Eros.

Marissa Nadler, Mt. Royal, Ballet School, Pins, Simon Raymonde DJ set @ Baby's All Right
UK label Bella Union just launched an American arm, and tonight celebrate with a full line-up of their bands, many of whom are over from the UK (and just played SXSW). Label head (and former Cocteau Twins bassist) Simon Raymonde will DJ throughout the night too.

Rey Pila, The Midnight Hollow, Rumors @ Glasslands
Mexico City's Rey Pila are signed to Julian Casablancas'  Cult Records which should give you a hint about the kind of rocky pop they play. Having just played SXSW, the band are spending some time at their label's home, and playing this show tonight while here.

Mark Mulcahy @ Lincoln Center
In 2013, the former Miracle Legion and Polaris singer released his first solo album in eight years and it was very good to have his raggedly emotive vocals warming you like a great be hug again. Tonight's show is part of the American Songbook Series.

Cashmere Cat, Trippy Turtle, Obey City @ MHOW
Dance your ass off to Cashmere cat at this sold out show with Trippy Turtle and Obey City.

Woman's Hour, Future Of What @ Mercury Lounge
This London four-piece have been together since 2011, and over the course of a handful of singles have carved out an identifiable sound: chilled-out pop, heavy on synths but strictly slow-dance material. Comparisons to The xx are not entirely off-mark, but the quartet aren't quite that minimal. Having just played SXSW, they're in NYC for two shows, this being the first.

Chlöe Howl @ The Box
British pop singer Chloe Howl had some buzz behind her for last week's appearances at SXSW, and now NYC gets a chance to see her at swanky Manhattan venue The Box.

Big Terrific @ Cameo
Max Silvestri hosts the free weekly comedy show in the back of Williamsburg's Lovin' Cup. No word yet on tonight's lineup but you can check Max's Twitter.