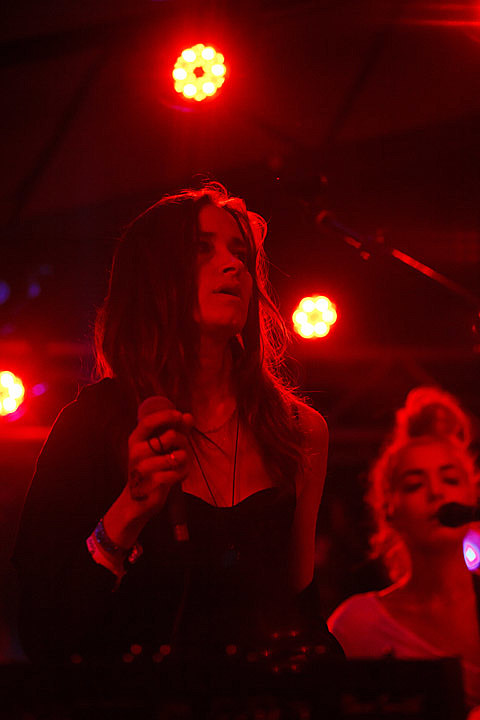 There are a lot of post-SXSW artists swinging through town tonight, making for show overload. You can browse our full NYC show calendar for all of tonight's shows, but here are some highlights...

Warpaint, Cate Le Bon @ Webster Hall
Warpaint's second album is a slow burn, more about vibe than obvious singles, but the record has many sultry charms. They're very good live too. If you're attending this sold-out show don't miss the wonderful Cate Le Bon who opens.

The War On Drugs, TEEN, Sore Eros @ MHOW
The War on Drugs sound better than ever on their new album, Lost in the Dream, which takes the sound they honed on 2011's Slave Ambient and expands on it. Tonight they wrap up their sold-out three-night run in NYC.

How To Dress Well, Forest Swords @ Rough Trade
R&B singer/songwriter How to Dress Well recently released a new single, "Words I Don't Remember," which sounded pretty promising that he only continues to get better. He's in NYC tonight for this sold out Rough Trade NYC show, which is the venue's first night open after having closed for months (but the second show -- Rathborne plays an early show at 7:30). Psychedelic beatmaker Forest Swords opens tonight and he's worth catching too.

Ex Hex, Andrew Cedermark @ Mercury Lounge
Ex Hex is the newest project of Mary Timony (Wild Flag, Helium, Autoclave), and from seeing them at SXSW and CMJ, it sounds like Mary is still churning out great songs over 20 years into her career. This is their second of two NYC shows this week.

The Clientele, Versus, Barbara Manning, The Saturday People @ The Bell House
he good folks at Chickfactor throw another birthday party at the Bell House, with lots of hand-picked bands both old and new. Tonight features a the first show in nine years from the classic Strange Geometry line-up of The Clientele, plus indie rock vets Versus, onetime SF Seals singer Barbara Manning and DC pop vets The Saturday People.

The Body, Theologian, Couch Slut @ Saint Vitus
The Body tour pretty constantly and their noisy sludge never gets old. Tonight they return to Saint Vitus for another show here with Theologian and Couch Slut.

Woman's Hour, Jenny Hval, Future Of What @ Glasslands
This London four-piece have been together since 2011, and over the course of a handful of singles have carved out an identifiable sound: chilled-out pop, heavy on synths but strictly slow-dance material. Comparisons to The xx are not entirely off-mark, but the quartet aren't quite that minimal. Having just played SXSW, they're in NYC for two shows, this being the second. If you're going tonight, don't miss Jenny Hval, who brings over her terrifically strange art pop all the way from Norway. 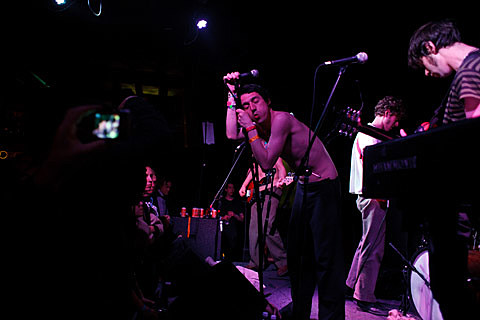 Fat White Family, Shilpa Ray, Vaadat Charigim, Memo @ Pianos
Hide the children! The UK's sleezy, depraved rock band have hit NYC after leaving their stink on Austin at SXSW. They really are a "must see live" band, and this is your first of three chances here to do so. Tonight's an early-ish show (FWF are on at 10 PM) with Israeli shoegazers Vaadat Charigim and local hellion Shilpa Ray. That's a good show!

Vulture Shit, Mannequin Pussy, Gym Shorts, Big Neck Police @ Emet
NYC punks Mannequin Pussy have been a regular on the local live scene for a while, but this is their first hometown show since announcing their signing to Tiny Engines (Cayetana, The Hotelier). Also of note on this bill is local guitar-less punks Vulture Shit.

Axxa/Abraxas, Donovan Blanc, Anika (DJ set) @ Baby's All Right
Ben Asbury made the new Axxa / Abraxas album with Jarvis Taveniere from Woods, and you can definitely hear some of his band in Axxa/Abraxas -- the folky psych-pop and occasional falsetto vocals. Tonight's his first NYC show and also features the mysterious Donovan Blanc, plus a DJ from German singer Anika.

NO, Reuben and the Dark, The Darcys @ Cameo Gallery
All three of these bands are on the Canadian label Arts & Crafts, and their joint tour is in NYC for two shows, this being the first. We're partial to The Darcys who have been known to cover whole albums by Steely Dan.