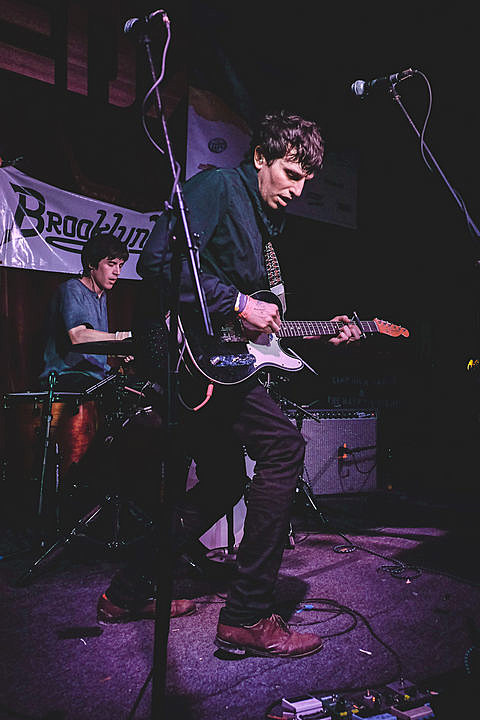 The Pains of Being Pure at Heart @ Rough Trade NYC
No disrespect to the TPOBPAH line-up that made the band's first two albums, but the all new version of band Kip Berman has put together -- including Drew Citron of Beverly, Jen Goma of ASDIG, and Dream Diary's Jacob Danish Sloan -- are seriously talented. And the Pains were never this much fun before. New record's really good, too.

And You Will Know Us By The Trail Of Dead, La Femme, Midnight Masses @ Music Hall of Williamsburg
Celebrating their 20th anniversary as a band, Trail of Dead are touring their classic 2002 album Source Codes and Tags. If you're going tonight, get there in time to see French band La Femme (a weird double bill, admittedly).

Walter Martin (of The Walkmen), Wesley Stace, Sam Lipyste @ Housing Works
Of the many Walkmen offshoots following the band's hiatus, Walter Martin is the only member currently making a children's album. He'll talk about it -- and play some songs -- at this event titled "Rock and Roll: An Infantile Business" that also features Wesley Stace and author Sam Lipsyte

San Fermin, Ensemble LPR @ BRIC House
San Fermin is led by Ellis Ludwig-Leone (who's worked with Nico Muhly on arrangements for Sufjan, The National and others), and he's currently joined by Allen Tate and Rae Cassidy on lead vocals at live shows to create layered chamber pop that should appeal to fans of the work he and Muhly have done for those other artists.

Justin Vivian Bond @ Joe's Pub
A regular in NYC's drag scene for years, and once a member of the duo Kiki and Herb (with Kenny Mellman, who is now in The Julie Ruin), Justin Vivian Bond kicks off his new show, The Drift, at Joe's Pub tonight. The show "creates a new, free associative, collage of spoken word and song inspired by the story of Karen Stone, a retired actress who drifts from one space to another -either in her mind, in couture or in bed." He does it again tomorrow, and on 4/10 & 4/11.