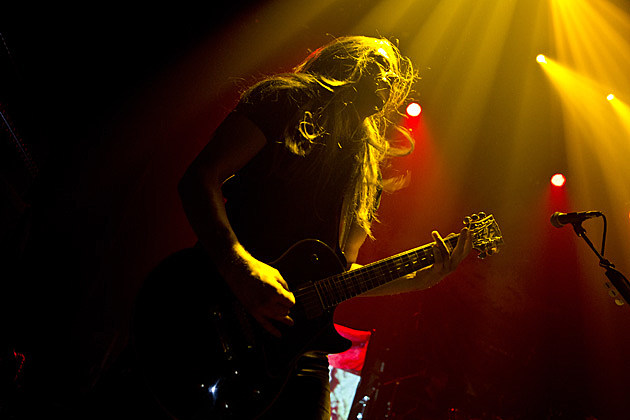 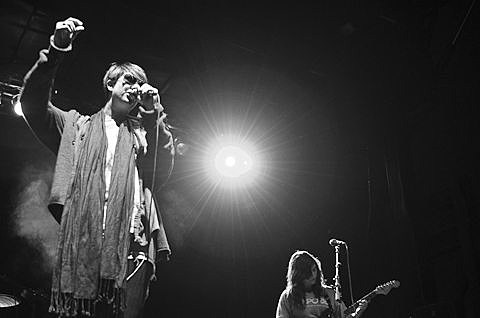 Carcass, The Black Dahlia Murder, Gorguts, Noisem @ Best Buy Theater
Fellow veteran death metal bands Carcass and Gorguts reignited their careers with new albums last year that were not only better than most people expect from reunion albums, but just two of the best metal albums of the year in general. It was a treat seeing both bands on the road last year too, and tonight should be even more of a treat seeing them together. The rest of the lineup's not too shabby either.

EMA, Chez Deep @ Union Pool
EMA's new album, The Future's Void, is not only a worthy followup to her excellent 2011 debut, but possibly an even stronger album. It goes through industrial, '90s alternative, sad singer/songwriter and more across its very diverse 10 songs. Her tour with Downtown Boys hits NYC at a couple larger venues later in the year, but tonight catch her release show at the intimate Union Pool.

Cities Aviv @ Knitting Factory
Inventive rapper Cities Aviv released his latest album, Come to Life, which continues to keep him out of pigeonholes. Tonight's show is part of the Knit's "Free Fridays" series. Doors at midnight and no cost to you, the music listener.

This show got canceled. Find something else to do!

Banquets, Placeholder, What Moon Things, Vasudeva, Living Room @ Suburbia
There's some good Northeast US punk and indie rock on this bill, and if you're going we especially think you shouldn't miss Lancaster, PA's Placeholder, whose blend of '90s indie, melodic punk and post-hardcore is heavier and rowdier live than it is on record.

Wheat, Chris Mills and The Distant Stars, My Teenage Stride @ Union Hall
Boston's Wheat have been making dreamy, autumnal music since the late-'90s. It's been five years since their last record, White Ink Black Ink, maybe we'll find out what's next tonight.