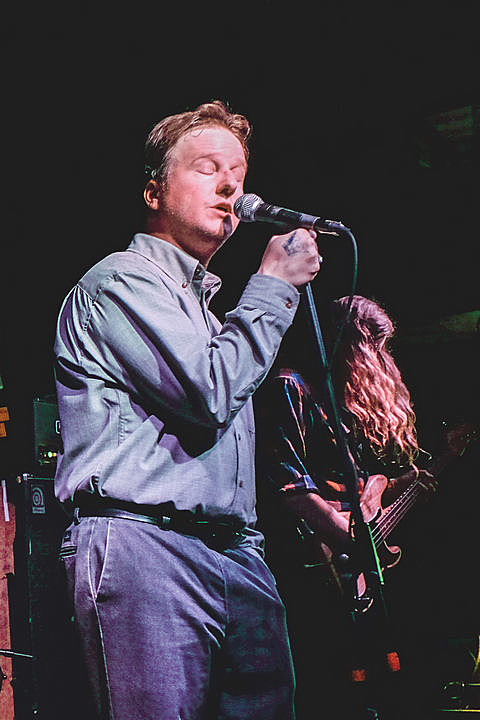 Protomartyr, Spray Paint @ Death by Audio
Detroit's Protomartyr have a sense of urgency and anger that could've sprouted from somewhere like Manchester or Cleveland in 1979. The band's new album, Under Color of Official Right, is a real ripper that evokes more than cribs from the postpunk era. They were great at our SXSW day party and this is your first of two chances this weekend to see them with Austin's similarly spiky Spray Paint.

Mirah @ Supper Studio
Mirah has a new album coming out, and from the singles she's released, it sounds like more of the great indie rock-leaning singer/songwriter material we've come to expect from her. Tonight's another NYC show before her tour starts, and it's a unique one that includes a 5 course meal. Sold out.

AndrewAndrew, Neon Indian (DJ Set) @ BRIC House
The shows at BRIC House continue tonight with a dance party from AndrewAndrew and Neon Indian, who will be DJing for the show.

Little Racer, Honduras, The Teen Age, White Reaper @ Baby's All Right
Brooklyn band Little Racer have been at it for a while now, making very catchy, UK-inspired guitar pop. Tonight's a release party for their new EP, Modern Accent. Get there early to catch Louisville garage rockers White Reaper, whose debut EP is coming out on Polyvinyl.

Summer Camp, Clifflight @ Brooklyn Bowl
UK duo (and real-life married couple) Summer Camp got Pulp bassist Steve Mackey to producer their second album, Welcome to Condale, which has a little more sparkle than the band's debut. For those who like the synthpop served with a smile.

Jowe Head, Prince Rupert's Drops, Ne-Hi @ Cake Shop
As a member of Swell Maps and Television Personalities, Jowe Head earned his spot in the post-punk/indie hall of fame. He's got a new album, but he plays tracks from his old bands too. His backing band, Celestial Choir, features Magnetic Fields' Claudia Gonson and members of Mad Scene and Fly Ashtray.

Dax Riggs, Everest Cale @ Mercury Lounge
Dax Riggs will always be known in some circles for his work in the influential '90s sludge band Acid Bath, but he's gone on to an extremely impressive career since and his otherworldly voice has only improved with age. Solo acoustic shows are arguably the best showcase available for his talents -- he typically plays a mix of originals and transcendent covers of work by canonical singer/songwriters like Leonard Cohen, Townes Van Zandt, and John Prine.

Necking, The Hecks, Greg Fox, Beech Creeps @ Secret Project Robot
Necking celebrate the release of a new split 12" with a whole host of other noisy-minded artists, including Chicago's The Hecks and Guardian Alien drummer Greg Fox.

Emmylou Harris @ BAM
Forty years into her career, singer-songwriter Emmylou Harris remains a singular talent with an instantly recognizable voice. Any chance to see her should be taken.