Summer Camp at Mercury Lounge in 2012 (more by Devan Council) 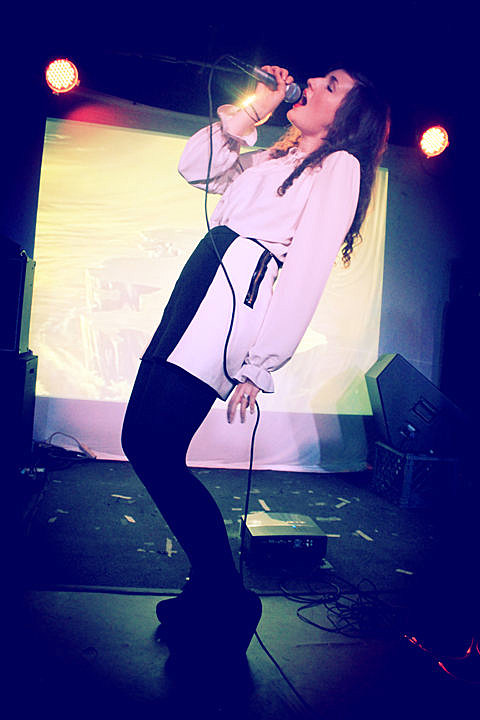 Cloud Nothings, Ryley Walker @ Bowery Ballroom
Following 2012's drastically career changing Attack on Memory, Cloud Nothings have returned this year with a new album, Here and Nowhere Else, which like its predecessor pulls from punk, indie, post-hardcore and noise to unique and terrific results. Tonight their run with psych-folk guitarist Ryley Walker hits Bowery Ballroom for their second of two sold-out NYC shows this week.

Eli Whitney and The Sound Machine, Ma Jolie, The Weaks, Laura and Greg @ Cake Shop
Philly bands and Lame-O Records labelmates Ma Jolie and The Weaks bring their tour to Cake Shop tonight. The former's noodly post-hardcore is not far removed from Bear vs Shark (whose song "Ma Jolie" may have inspired their name), and the latter's punky power pop should appeal to early Weezer fans.

Flume, The Chainsmokers @ Highline Ballroom
This 'MTV Artists to Watch' show includes fast-rising Australian producer Flume. It's sold out, but Flume will be back in NYC to headline Terminal 5 on his summer tour.

Summer Camp, My Favourite Things @ Mercury Lounge
UK duo (and real-life married couple) Summer Camp are currently on a brief US tour in support of their 2013 self-titled LP which has a little more sparkle than the band's debut. For those who like the synthpop served with a smile.

Kadavar, Sons of Huns @ Saint Vitus
Germany's Kadavar throw back to the early days of hard rock/metal (think Sabbath, Blue Cheer, etc), and though reviving that stuff is more and more common these days, Kadavar do it well. Tonight's the first of two NYC shows on their current North American tour.

Phil Lesh & Friends @ BAM
There's never a lack of chances to catch former Grateful Dead member Phil Lesh (and friends) at NYC-area venue Capitol Theatre (where he has an ongoing residency), but tonight the band will bring their sets of mostly Dead tunes to actual NYC. This is their first of two shows at BAM (they play again tomorrow), and the lineup for these shows is Phil Lesh, Warren Haynes, Jackie Greene, John Medeski, and Joe Russo.