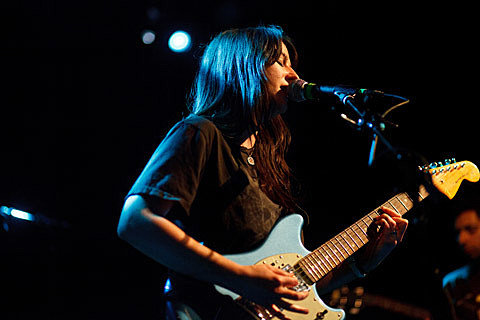 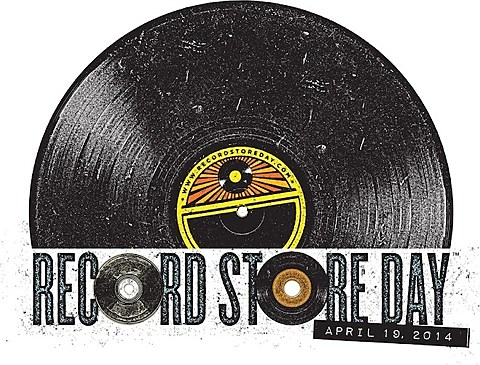 As you might be aware, today is Record Store Day with special events at shops all over the city, with tons of music fans and record collectors out to score some of the many exclusive RSD releases. Don't know what to buy? We have suggestions. Don't know where to go? We can guide you. Just want free beer? We can help there too. Don't know what a record is? How did you come to this site?

Hospitality, Amen Dunes, Betty Who, Fear of Men, Mark Mulcahy, Milagres, Nothing, Palehound, The Rails @ Rough Trade
Between the killer line-up of free performances and all the RSD14 exclusive releases, expect Rough Trade to be packed all day long. Perfect Pussy had to cancel, though.

You can also catch Lonnie Holly at Other Music, Doug Gillard DJing at Generation, and The Dirtbombs' Mick Collins at Kim's. Details are in our RSD14 In-Store Performances & Special Events guide.

Frameworks, Gates, Lost Coves @ Saint Vitus
Frameworks make the kind of boundary-pushing post-hardcore that includes elements of post-rock, '90s/early '00s screamo, and even afrobeat on some songs like the title track to their new record, Loom, which comes out later this month. Tonight their tour with NJ emo band Gates hits Saint Vitus.

Behemoth, 1349, Goatwhore, Inquisition, Black Crown Initiate @ Irving Plaza
This year's Metal Alliance tour is their most black metal-intensive lineup yet, and it rolls through NYC tonight for a sold-out show at Irving Plaza.

Omar S, Jay Simon, Steve Summers @ Glasslands
Omar S' 2013 album, Thank You For Letting Me Be Myself was one of the year's best non-pop house albums in a year dominated by pop-house albums (Disclosure, Rudimental, you name it). The Detroit producer takes over NYC again tonight.

Ronnie Spector - Beyond The Beehive @ City Winery
"Beyond the Behive" is The Ronnettes singer's AV-filled, hit-packed autobiographical show show.

White Fang, Denney and The Jets, Hector's Pets @ Glasslands
This is an all-Burger Records night so expect crowd-surfing, stage-diving, and good-time gargey rock and roll. 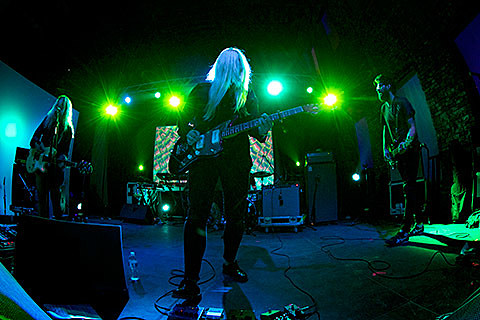 No Joy, Eternal Summers, Beach Day, Little Big League @ Brooklyn Night Bazaar
The second night of Kanine Records weekend at BKNB is just as good as the first, with headlining sets from Montreal's great No Joy and Virginia's Eternal Summers. Plus, they'll probably have have copies of the Non Violent Femmes RSD comp at the merch table (and probably for less than at Record Stores).

Horse Feathers, Laura and Greg @ Joe's Pub
Justin Ringle's indie folk collective Horse Feathers are celebrating a decade together as a band this year. This is their second of two NYC shows.

David J, The Vandelles, Dead Leaf Echo, Sky Parade @ Pianos
As bassist in Bauhaus and Love & Rockets, David J helped define the goth/postpunk sound. His solo material -- like his new solo record -- is more in the acoustic folk mode but he'll be performing some of his old bands' songs with his band tonight. The Vandelles and Dead Leaf Echo are also on the bill which will also serve as a memorial for Christo Buffam who was in both bands.

B.B. King @ Lehman Performing Arts Center in the Bronx
A lot more people get called living legends than actually deserve it, but B.B. King is certainly one who does. At 88, he's still going... just remember to take your meds!

Miracles of Modern Science, Christopher Paul Stelling, Emanuel and the Fear (solo), Full Blued @ Baby's All Right
Local regulars Miracles of Modern Science hit Baby's All Right tonight, and if you're going you might wanna get there early to catch Full Blued -- the new project of Porches drummer (and briefly a onetime Ra Ra Riot drummer) Cameron Wisch -- whose orchestral indie should be a good fit with MoMS.