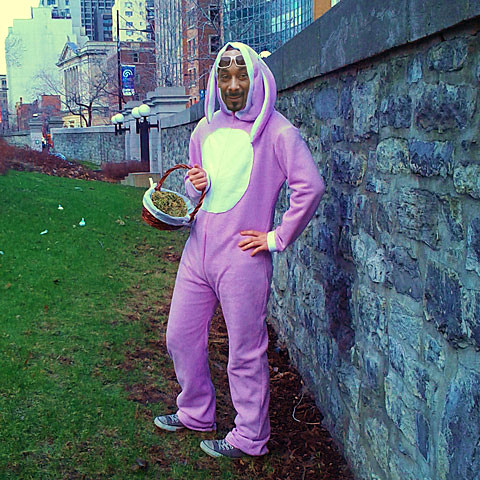 Goatwhore, 1349, Inquisition, Black Crown Initiate @ Saint Vitus
The Metal Alliance tour just hit NYC's Irving Plaza last night with Behemoth, Goatwhore, 1349, Inquisition, & Black Crown Initiate. Tonight, everyone but the headliners take a night to squeeze in a smaller show at Brooklyn's Saint Vitus. Needless to say, this one will be getting more wild than Irving Plaza.

Dead Brunch @ Baby's all Right
Before the Delicate Steve show at Baby's, you can get your 4/20 on with the (Grateful) Dead Brunch happening from 11 AM to 5 PM. Is anyone bringing weed tea?

Holly Golightly @ Rough Trade
Once a member of Billy Childish's band Thee Headcoatees, Holly Golightly has been solo for nearly 20 years. She just released her new album All Her Fault, which is another fine slice of raw rockabilly garage.