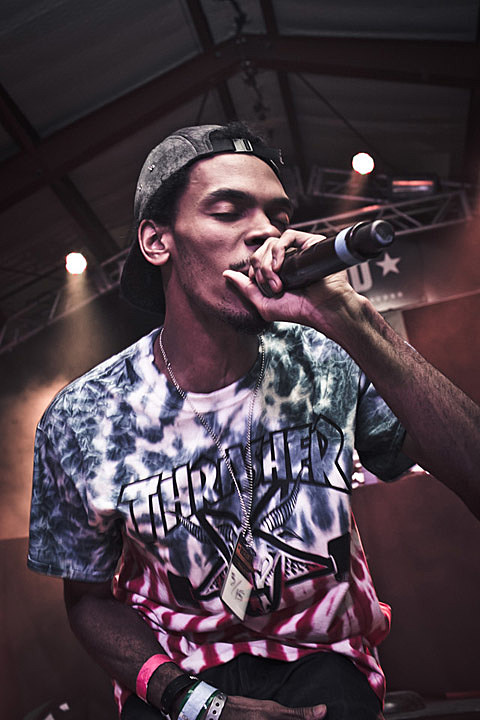 Flatbush Zombies, 100s, GrandeMarshall @ Music Hall of Williamsburg
NYC rap trio Flatbush Zombies love to rap about smoking, drinking, and doing drugs, and tonight's show should be an appropriately trippy experience with smoke clouds, 40s and one of the city's best current rap groups on stage. It's a Converse Rubber Tracks Live show -- free if you RSVPed, and "sold" out.

Lee Ranaldo and The Dust, Chris Forsyth & the Solar Motel Band @ Union Pool
Sonic Youth may not be playing shows anymore, but luckily there's never a shortage of chances to see Sonic Youth members. Lee's band makes indie rock a bit more straightforward than SY's with some psychedelia thrown in too. It's good, and you can get a dose of it at Union Pool tonight.

Duke Dumont @ Output
Duke Dumont had one of the best dance-pop singles of 2013 with "Need U 100%." It was pretty on par with most of the Disclosure singles, but tonight at Output you can catch Duke in a much smaller room than you're able to see Disclosure in these days.

Wake Owl, Lyla Fox, Stone Cold Fox @ Rough Trade
Vancouver's Wake Owl (the moniker of singer/songwriter Colyn Cameron) released their debut album, The Private World of Paradise, in March via Vagrant. With crisp production from Shins member Richard Swift, the record is full of smart, tuneful pop that's much more interesting than the band's name might lead you to believe. Mumford-style folk it is not.

Har Mar Superstar, Walking Shapes, Cold Blood Club, Appomattox @ Bowery Electric
Entertaining goofball Har Mar Superstar can turn any place into a sweaty party, given his ability to mimic '80s R&B and funk... he can breakdance too. Note that Walking Shapes' appearance here is part of their stunt of playing 24 shows in 24 hours today. They may be very tired by this point.

White Hills, Degreaser, Aqua Nebula Oscillator @ Saint Vitus
According to their own bombastic press release, White Hills "set the international gold standard in what it means to be a space rock band in the 21st Century." Their live show is nearly as over-the=top as their PR. If you're going, get there in time to catch sludgy Aussie/Brooklyn band DeGreaser.