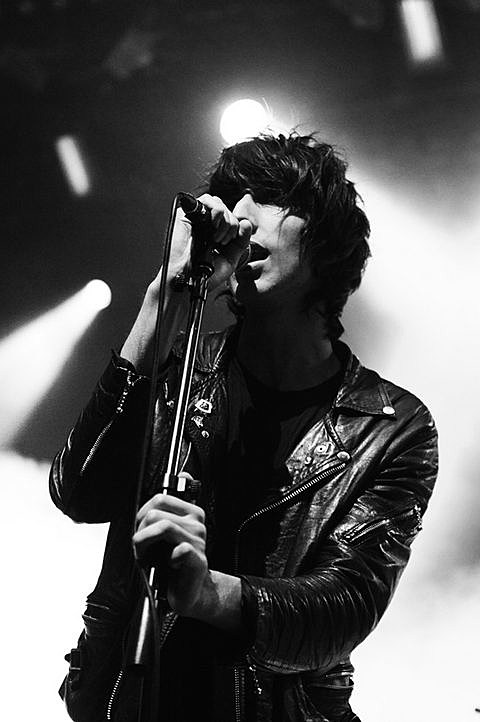 The Horrors, Spires @ House of Vans
The Horrors' new album, Luminous, continues their don't-look-back escape from their garagey beginnings, and heads further into widescreen, groovy (at times Bunnymen-eque) pop. The record is out next week but you can get an early taste tonight. A free show, but RSVP is full. If you're going, be sure to get there for likeminded Brooklynites Spires.

David Lynch @ Brooklyn Academy of Music
The acclaimed director will be talking with the New York Public Library's Paul Holdengräber about "his many passions, including painting, music, Transcendental Meditation, and, of course, film." We hope hair care comes up too. Sold out, as you might expect.

Nickel Creek, Secret Sisters @ Beacon Theater
Though Chris Thile has been very active with his band Punch Brothers for the past few years, he's now reunited with Nickel Creek who are releasing new music and touring for the first time since their 2007 breakup. Tonight they're at Beacon Theater for a sold-out show.

The Both, Nick Diamonds @ Bowery Ballroom
Ted Leo and Aimee Mann have been collaborating for a couple years now, and this year they finally got out their debut album as The Both. Tonight's the first of two NYC shows on this tour, and is sold out. Opening is a solo set from Nick Diamonds of The Unicorns and Islands.

Alden Penner, Softspot, Vassals, Xander Duell @ Glasslands
Speaking of solo sets from Unicorns members, Alden Penner also plays one at Glasslands tonight. His is in support of his new solo record, Exegesis, and this is his second NYC show of the week.

Survival, Advaeta, Public Hex, CCTV @ Death By Audio
Tonight's show is a benefit for organizers in Guatamala to Resist Gold Corp and features a host of dark, postpunky bands.

Say Hi, Big Scary @ Mercury Lounge
Barsuk labelmates Say Hi and Big Scary bring their tour to Rough Trade tonight for their first of two NYC shows this week. It's been a while since Say Hi played here, so if you've been needing to see them tonight's a good chance to remedy that.

Styles P, Funkmaster Flex, Chris Rivers, The Incomparable Shakespeare, Fame @ The Wick
The Lox have been pretty active lately, but tonight Styles P returns to the solo format for this show at new-ish Brooklyn venue The Wick.