The Knife / These New Puritans 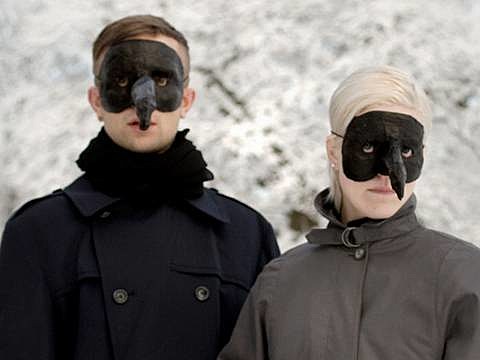 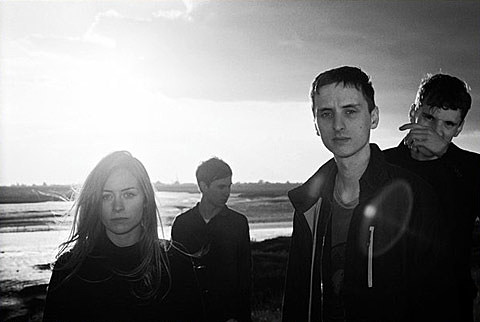 Craig Leon, Acme, Bil Kouligas @ Le Poisson Rouge
Best known as a producer (have worked with The Fall, The Go-Betweens, Blondie among others), Craig Leon is also an composer in his own right. Tonight, backed by the Wordless Orchestra, he'll be performing his 1981 album Nommos.

These New Puritans @ Bowery Ballroom
Last year's acclaimed Field of Reeds found These New Puritans abandoning their aggressive side, taking them entirely into ambient directions. Tonight's one of just a few North American shows for the UK band. Could prove interesting.

Darkstar, Patten, Visuals @ Glasslands
Darkstar transitioned from a Hyperdub-signed post-dubstep trio on their debut LP North to a Warp-signed ambient pop trio on its followup, 2013's News From Nowhere. They're working on their third album now, and while we don't know what it sounds like yet, maybe we'll get a taste at Glasslands tonight. Their labelmate Patten is not to be missed either.

Slint, Spires That in the Sunset Rise @ Stone Pony
Slint only put out two albums -- 1989's Steve Albini-produced Tweez and 1991's legendary Spiderland -- but their brand of post-rock and post-hardcore has proved to be highly influential over time and it's lived up very well. They're currently on their first North American tour since last reuniting in 2007, and tonight they're in NJ ahead of 3 NYC shows.

The Knife @ Terminal 5
Sweden's enigmatic duo The Knife haven't played NYC since 2006. Their new album is a little more "difficult" than Silent Shout so who knows what to expect -- beyond a high-concept, highly theatrical stage show. It wont likely be boring. Both T5 shows -- this being the first -- are sold out.

Kristeen Young @ The Bowery Electric
Kristeen has a had a regular gig for the last few year's as Morrissey's go-to opener. Here's a chance to see her without some drunk person screaming "THERE IS A LIGHT THAT NEVER GOES OUT!!!" in your ear. It's the final of her April residency shows gearing up for...yet another Morrissey tour.

Berlin, TV Tramps @ The Wonder Bar
Beginning their career as kinky synthpop, Berlin morphed into superstars by the time of their megahit "Take My Breath Away." Only singer Teri Nunn remains of the original '80s lineup. 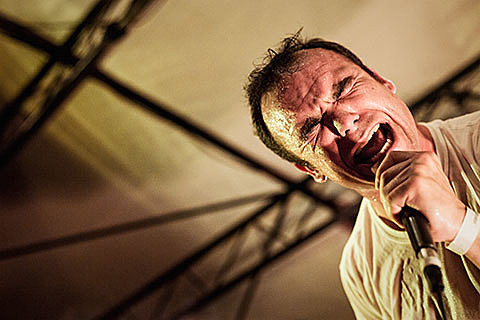 Future Islands, Ed Schrader's Music Beat, Chiffon @ Webster Hall
Future Islands have been making their arty indie pop for a few years now, but for the first time they're actually kind of famous, thanks in part to singer's Samuel T. Herring's dance moves on Letterman (and the meme that inspired) and a new album on 4AD with the songs to back it up. Tonight's show at Webster Hall (larger than the Bowery Ballroom stop earlier this tour) is sold out.

Laurie Anderson @ Metropolitan Museum of Art
This is part of the Met's new series of talks called "SPARK" that "explores vital ideas and issues through the lens of the Met's collections." Tonight conversation is between musician Laurie Anderson, author Rebecca Stead, art historian SeungJung Kim and the Met's Melanie Holcomb.

The Standells @ B.B. King Blues Club
The Standells are one of the '60s better garage rock bands, and though they may be best known for their hit "Dirty Water," they've got tons of other rewarding material too. The veteran band are touring behind their first new material in over 40 years and hitting NYC for two shows (7:3 PM & 10 PM) at BB King's tonight.

Chalk and Numbers, Dear Georgiana @ Knitting Factory
Where a lot of bands who pull from similar indiepop influences go for reverby grit, Chalk & Numbers are as shiny as the future seemed in 1962, perfect for your next cocktail party.

2 Chainz, Ne-Yo, Miguel, Sean Paul @ Best Buy Theater
It's DJ Prostyle's birthday party at Best Buy Theater tonight, and the person we're probably most excited about is R&B crooner Miguel, not that there isn't plenty of fun to be had during 2 Chainz's set too.

Creepoid, Shawn David, McMillen, Tom Cater, Pat Murano @ Cake Shop
Creepoid are one of a few modern bands reviving '90s slowcore and they do it justice. There's a bit of shoegaze in there too, and overall it's just a pretty great mix.

Big Terrific @ Cameo Galley
Max Silvestri hosts the free weekly comedy show in the back of Williamsburg's Lovin' Cup. No word on who's performing tonight, but Max usually lets us know via his Twitter.