It's raining here in Norway, and the first band I want to see at Oya today starts in about an hour..to go or not to go....Here's what's going on in NYC....

I love the annual African Festival in Prospect Park - food and all, and this year's lineup features the Sierra Leone's Refugee All Stars. If it's not raining in NYC - and if I was there - that's definitely where I'd try and go today. It's also the last show in Prospect Park this summer.

The Tony Wilson news is so sad. It was just recently that Tony threw his first "In the City" festival here in NYC - the festival that included two cancelled Happy Mondays gigs. Before that Tony showed up at Coachella to introduce the Mondays there (where they mostly all showed up). David Bruno was at that show, and had the honor of not only meeting Tony, but interviewing him for this very website. Long story short, I haven't published that interview yet, but absolutely will first thing when i get back from Norway. RIP Tony! 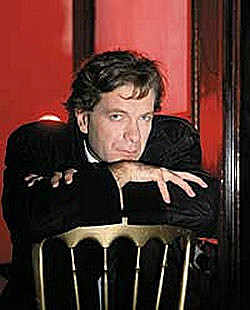 Filed Under: Tony Wilson
Categories: Music News, What's Going on Tonight in NYC
Comments
Leave A Comment
Back To Top