Kvelertak at the Studio at Webster Hall, May 2013 (more by Keith Marlowe) 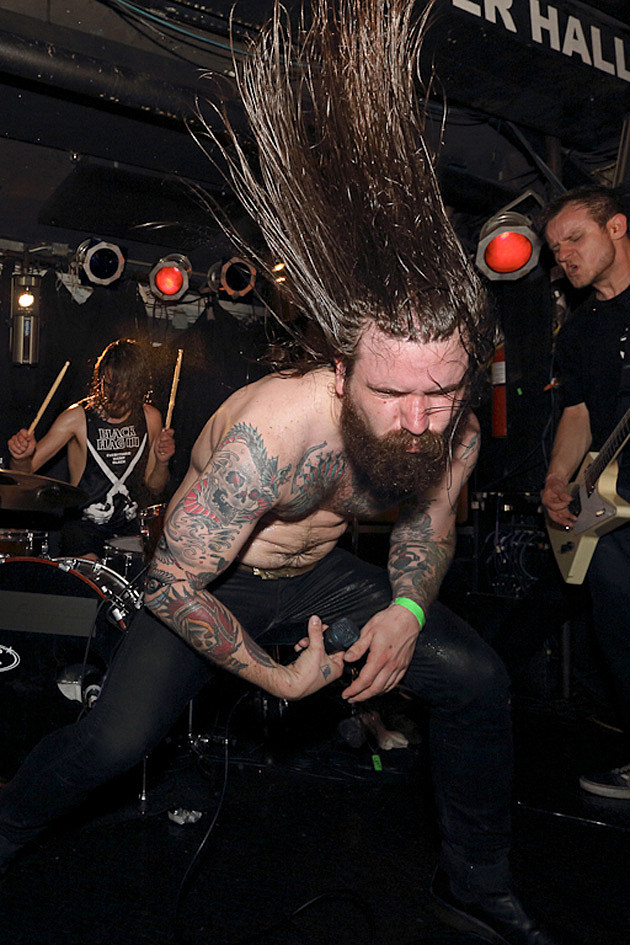 Kvelertak, Extinction AD, Kosmodemonic @ Saint Vitus
Kvelertak pull from some of the biggest rock giants of all time (Metallica, Black Sabbath, Ramones) and inject blackish vocals and a party attitude that's really entirely their own. This is a much smaller show than the larger venues they've been playing opening on tour for Mastodon, and is sold out.

Owen Pallett, Doldrums @ Bowery Ballroom
Having collaborated with Arcade Fire, Brian Eno and others in the last year, Owen Pallett straddles the line between pop musician and composer, a tightrope act he walks deftly on new album In Conflict. Read our recent interview.

Metronomy, Cloud Control @ Webster Hall
Metronomy's new album, Love Letters, was an all-analogue affair, coming off more like something from the '70s, though still viewed through leader Joe Mount's quirky worldview. Live, it's a little more dancey and a a little more magenta.

The Faint, Suuns, Darren Keen @ MHOW
Dancepunk vets The Faint released their first new album in six year, Doom Abuse, back in April which finds them picking up pretty much where they left off. Tonight's the first of three NYC shows. Don't miss Montreal's Suuns who open.

Howler, Frankie Teardrop @ Mercury Lounge
Minneapolis' Howler are descendants of The Replacements' sloppy guitar pop tradition, as heard on the band's new album, World Of Joy, which owes more than a little to The Strokes lineage as well.

Here We Go Magic, Gospels, Porcelain Raft @ Pier 2 at Brooklyn Bridge Park
This is a free outdoor show, and the official pre-party for the NYRR Five-Borough Series: Brooklyn Half Marathon. 8 PM.