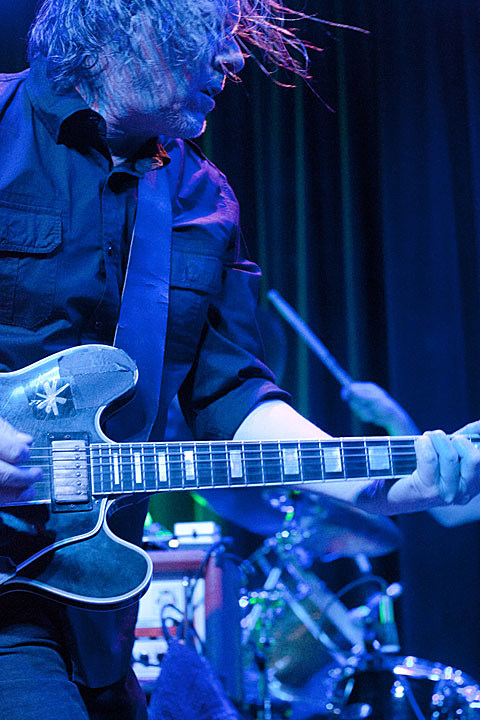 Swans, Jenny Hval @ Bowery Ballroom
Swans has been making some of the filthiest and most life-affirming music since the early '80s, until ending their run in the late '90s. At the beginning of this decade, the band's mastermind Michael Gira reformed the band, who have now put out their third record since 2010 and throughout that record's 2+ hours, it never fails at being one of the most intense listening experiences you can have. Their live shows are only more intense. This is the first of two NYC shows for them this week, and opener Jenny Hval is worth catching too.

Fletcher C. Johnson, The Pharmacy, Hector's Pets, Bad Lovers @ Baby's All Right
All four of the bands on this bill have the Burger Records seal of approval which means a night of beer-loving (and perhaps beer-flinging) garagey, punky, glammy rock n' roll.

Creepoid, Alex G, Florida, The Chickenhawks @ Death by Audio
Philly's Creepoid keep the slowcore era of the '90s alive, and they throw a little shoegaze in there too. It's good stuff. Alex G also makes quality bedroom singer/songwriter type stuff.

Walter Martin (of The Walkmen) @ Littlefield
The Walkmen are currently on hiatus but many of its members are currently taking the solo route, including Walter Martin who put out his new children's album this week. This is an afternoon show for the whole family. Also: free ice cream!

Untold, Pearson Sound @ Output
Dubstep/UK bass producer Untold just put out his new full length album, Black Light Spiral, which should appeal to fans of the genre from before it's big American breakout. Tonight he plays a live set in NYC. His likeminded fellow UK musician Pearson Sound is on the bill too, and special guests are promised.

Young Widows, Helms Alee, Highness @ Saint Vitus
The noise rockin' Young Widows aren't too noisy on their new record, Easy Pain, which has more of a gothy post-punk thing going on, but it's very solid nonetheless. Also on the bill is sludge greats Helms Alee and Highness (ex-Christie Front Drive).

LODRO, Sunflower Bean, Lavachild, Frank Jones @ Union Pool
They play a lot, but all that gigging has made locals LODRO a killer live band, playing at intense brand of creepout blues (think Nick Cave, The Cramps' version of "Fever") that is dead serious and pretty badass.

Panda Bear, Dam-Funk, Torn Hawk @ Warsaw
Panda Bear is supposed to be coming out with a new solo album this year, and regardless of what you thought of Animal Collective's last, #TeamPanda fans should still be pretty excited because his last one was excellent and AnCo's last was mostly an Avey Tare affair. He hasn't released anything from it yet, but knowing him, there's a pretty good chance we'll hear a lot of it tonight. Part of the Red Bull Music Academy

Cheetah Chrome, Kevn Kinney, Bethany Saint-Smith & The Gun Show, Cariad Harmon @ The Treehouse at 2A (FREE)
Without Cheetah Chrome (a member of Dead Boys and Rocket From the Tombs) punk as we know it today probably wouldn't exist. That's a pretty good reason to see him for free.

Bruce Springsteen @ Mohegan Sun Arena
The boss isn't hitting any NYC venues on his current tour, but if you don't mind traveling a bit to see him you can catch tonight's show at Mohegan Sun, his second of two sold out shows at the Connecticut venue.