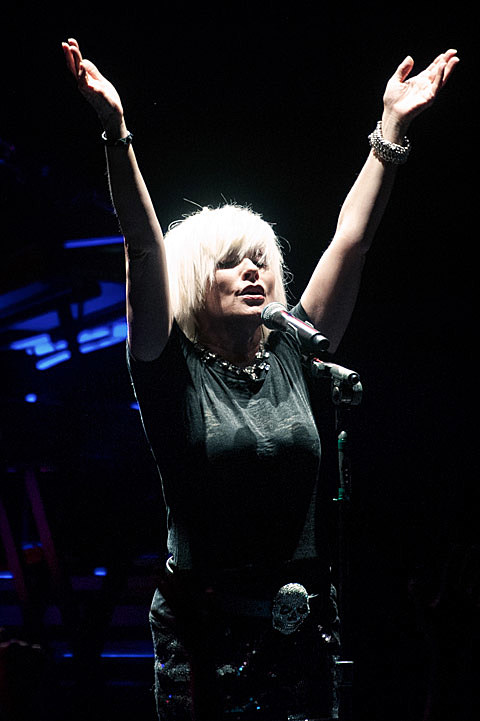 Swans, Jenny Hval @ Music Hall of Williamsburg
Swans has been making some of the filthiest and most life-affirming music since the early '80s, until ending their run in the late '90s. At the beginning of this decade, the band's mastermind Michael Gira reformed the band, who have now put out their third record since 2010 and throughout that record's 2+ hours, it never fails at being one of the most intense listening experiences you can have. Their live shows are only more intense. This is the second of two NYC shows for them this week, and opener Jenny Hval is worth catching too

The Faint, Suuns, Darren Keen @ Bowery Ballroom
Dancepunk vets The Faint released their first new album in six years, Doom Abuse, back in April which finds them picking up pretty much where they left off. Tonight's the second of three NYC shows. Don't miss Montreal's Suuns who open.

Built To Spill, The Warm Hair @ Brooklyn Bowl
When people talk about '90s Indie Rock, certainly at least some of that talk is aimed at Built to Spill. While their output hasn't been as consistent since Clinton left office, the hat trick of There's Nothing Wrong with Love, Perfect from Now On, and Keep it Like a Secret more than earned their place in the hall of fame.

Blondie @ Rough Trade
Punk/new wave pioneers Blondie are celebrating their 40th year as a band this year with a new album and multiple events, including this intimate show in their hometown of NYC. To get in you had to buy the new album from the Rough Trade store and receive a wristband.

The Everymen, The Brooklyn What, Overlake, Wet Leather @ Baby's All Right
NJ's The Everymen have a boozy heartland swagger which sounds good as ever ont heir new album, Givin' Up On Free Jazz, which comes out this week.

Deniro Farrar @ SOB's (FREE)
Rapper Deniro Farrar puts out his first major label release, the Rebirth EP, this week and he's celebrating with this release show. It was previously a ticketed show but admission is now free with RSVP.