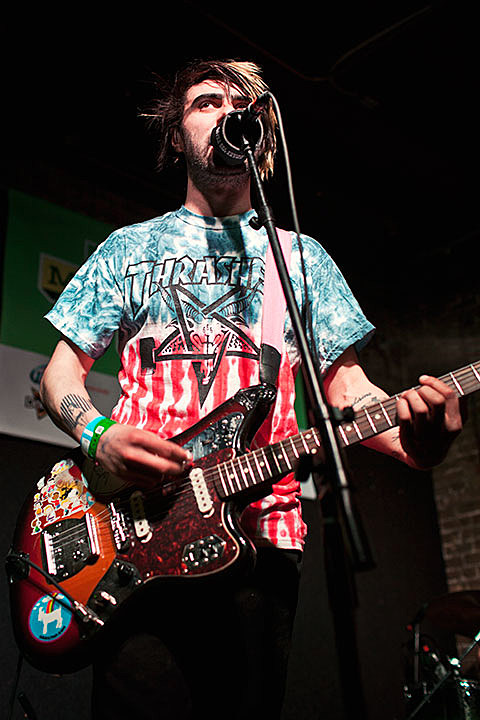 TRAXMAN, Special Guest, Sadaf, DJ Weird Magic @ Baby's All Right
Chicago footwork mastermind Traxman returns to NYC for the late show at Baby's and a special guest is promised. Who could it be?

Iceage, Uniform @ Glasslands
Denmark's Iceage like to put on moody punk shows that are mostly in the dark and never overstay their welcome. This is their first of two NYC shows this weekend and opening tonight is the noise-driven duo Uniform, whose lineup includes members of The Men and Drunkdriver.

Mobb Deep, Smif-n-Wessun @ Irving Plaza
Queens hip hop veterans Mobb Deep are celebrating the 20th anniversary of The Infamous this year with a reissue, new material, and a lengthy tour which includes a hometown show tonight.

Banner Pilot, Sad and French, Jukebox Romantics @ Knitting Factory
If you're into modern punk bands doing it like '90s punk bands, Banner Pilot are for you. Their tour hits NYC tonight with pretty solid local support.

Pujol @ Rough Trade
Pujol's new album KLUDGE just came out and it's a fairly hi-fi affair for this Nashville garage rocker -- not slick (greasy maybe) -- with some terrific songs on it. This is a free matinee...

Grant Hart, Grooms, Shy Hunters @ Bowery Electric
Grant Hart may be not as popular as his former Husker Du bandmate Bob Mould, but he's still got an active solo career as well, which included the release of last year's very well-received The Argument.

Valley Lodge, OxenFree, Pavell @ Rock Shop
While most people know Dave Hill as a comedian, he's also a musician with the serious chops on guitar. He spent time as part of Cleveland band Cobra Verde and plays tonight with his current band, Valley Lodge.

Higgins Waterproof Black Magic Band, Tara Jane O'Neil, Trummors @ Union Pool
As part of TV on the Radio, Tunde Adebimpe is one of the recognizable figures in the '00s Brooklyn band boom. Tonight he plays with his other band, Higgins Waterproof Black Magic Band. Feel free to bug him tonight about why he's abandoned Brooklyn for LA. Also on the bill: former Rodan/Retsin member Tara Jane O'Neil who makes excellent noise folk.

We hope you're enjoying Memorial Day Weekend. We made a guide of some of the extended holiday goings-on.