Phosphorescent at Prospect Park in 2013 (more by Dana (distortion) Yavin) 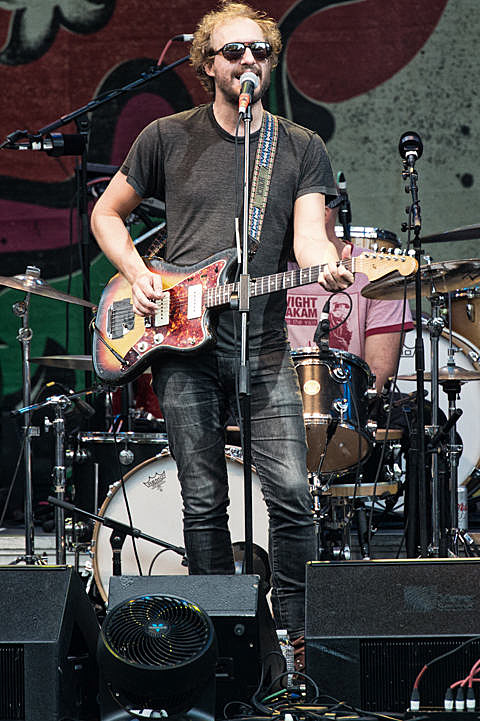 You can browse our full NYC show calendar for all of tonight's shows, but here are some more highlights...

Phosphorescent @ Webster Hall
Fresh off appearances at Sasquatch and Boston Calling festivals, Matthew Houck and crew finish off the weekend with this show. If you haven't checked out out last year's Muchacho, he takes Phosphorescent's Brooklyn country into pleasingly experimental territory.

Hauschka, Jeffrey Zeigler @ Glasslands
German musician Hauschka's roots are in techno, but for this project he utilizes prepared pianos, a concept made famous by John Cage and others, though Hauschka claims he wasn't familiar with Cage when he first came up with the idea to do so.

Skyzoo & Torae "Barrel Brothers" album release @ The Wick
Brooklyn rapper Skyzoo has a new collaborative album with Torae out today which features production from Oh No, Illmind, Black Milk, DJ Premier and others, plus guest spots from Sean Price, Guilty Simpson, Blu and more. Tonight they celebrate at The Wick.

Ratos de Porao, Hank Wood and the Hammerheads, Warthog @ 538 Johnson
Hardcore/thrash vets Ratos de Porao just played MDF, but before they head back to Brazil they'll team up with two of NYC's finest in punk for this last-minute show tonight.