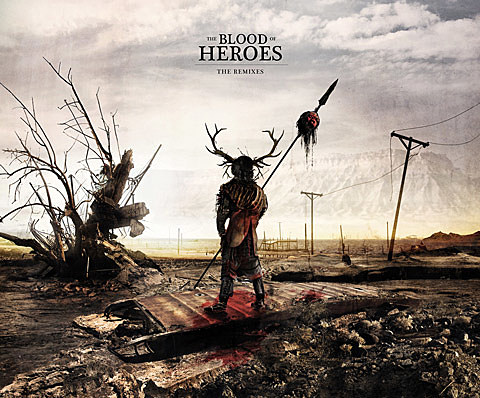 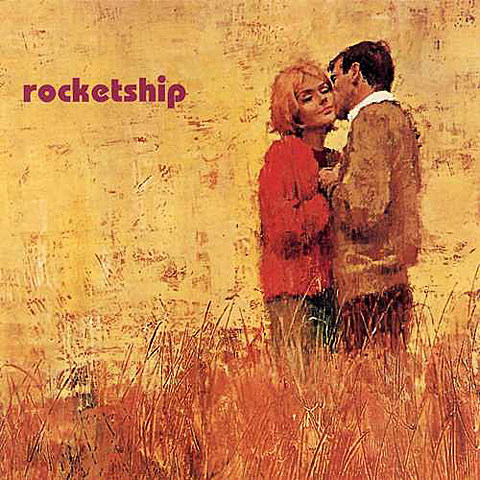 Silent Killer, Blood of Heroes, SHVLFCE, Invertia, Katmai at Saint Vitus
This showcase presented by OHM Resistance will feature continuous music from the second doors open until the show ends, and will feature the first-ever live performance from The Blood of Heroes with features Bill Laswell and Dr. Isreal. There's also industrial black metal group Inverta, drum-n-bass noise from SHVLFCE, and lots more.

Bushwick Open Studios
This weekend is the annual Bushwick Open Studios, which is a great chance to see a bunch of art where it's being made, walk through the many studios in the Brooklyn neighborhood, and probably nab a few free drinks along the way.

Rocketship, Spearmint, The Garlands, Stars In Coma, The Band A Part @ Cameo Gallery (NYC Popfest)
The evening Popfest show should be a good one, with legendary California indiepop band Rocketship, and the first NYC show for UK band Spearmint. Plus two more Swedish bands (Garlands, Stars in Coma) and Spanish duo Band A Part.

A Place to Bury Strangers, The Vandelles, Dead Leaf Echo, Heaven, Bloody Knives, The Teen Age, Lost Children, Autodrone, Gunfight @ Silent Barn
Part of Bushwick Open Studios weekend, this is a tribute to Dead Leaf Echo/Vandelles guitarist Christo Buffam who died earlier this year. The show is technically free but donations are highly encouraged with proceeds going to Buffam's family and to the touring musicians playing this show.

WFMU Record Fair @ 69th Regiment Armory
The annual vinylpalooza also features live broadcasts from WFMU shows, with live performances today from Dan Melchior and The Flatmates. Get in cheap with out coupon!

Dan Melchior, Liquor Store, Highlife, Pigeons @ Secret Project Robot
Melchior is a prolific dude, having released found-sound-collage LP, Slow Down Tiger, back in April and put out about five records in 2013 alone. If you dig the scuzzy side of things, Melchior's extensive back catalog is well worth digging through. Castle Face is releasing a new compilation of his work in June.

Alex Winston, Neighbors, LOLO @ LPR
Alex Winston's debut album, King Con, was just the right mix of accessible pop and indie-minded quirk. She's been working on new stuff lately, and maybe we'll get to hear some of that tonight.

Spoonboy, Emilyn Brodsky, Color Me Wednesday, The Goodbye Party, Bellows @ Death by Audio
Spoonboy makes a mix of power pop, alt-folk and punk which is highly addictive. His tourmates Colour Me Wednesday (from the UK) are more on the indie rock side of things, and also worth catching.

Failure @ Stone Pony
'90s spacey alt rockers Failure are back this year after breaking up in 1997 with new music and a tour. The single we recently heard, "Come Crashing" has the band in pretty fine form, so hopefully these shows will be the same. This is their second NYC-area date of the tour, and they'll be back in NYC proper on Tuesday at MHOW.

A-Trak, Cam'ron, Salva @ Terminal 5
From the two songs we've heard from A-Trak and Cam'ron's upcoming EP, it's seeming like it's gonna be filled with bangers, and some of the most exciting stuff we've heard from either of them in a while. Tonight's a good chance to hear them (and other stuff) live. LA producer Salva opens and is not to be missed.

The Strokes, Cerebral Ballzy @ Capitol Theatre
The Strokes may not be the band they used to be, but at this point their first two records are classics of the early 2000s NYC scene and especially at an intimate (for them) location like this, it should still be a treat to hear that stuff live. Not to mention, this is their first chance to catch them in the NYC-area since 2011.

Phil Lesh @ Central Park Rumsey Playfield
We're sure The Grateful Dead are still loathed by many indie rockers out there, but not all. If you're at all interested, Phil & Friends put on great shows and the setlists are loaded with fan favorites.

What Moon Things, The Gradients, Wet Petals, Living Room, Big Neck Police @ Suburbia
What Moon Things offer a good take on gloomy post-punk with big, emotive vocals. They're from New Paltz and have tons of NY-area shows coming up (mostly in college towns), but tonight's the only one in NYC.

The Agents, DMZL @ Trans-Pecos
Part of Bushwick Open Studios,  this show features a performance by The Agents who have been playing together since the late '70s early '80s and feature downtown art scene regular Howie Seligman.