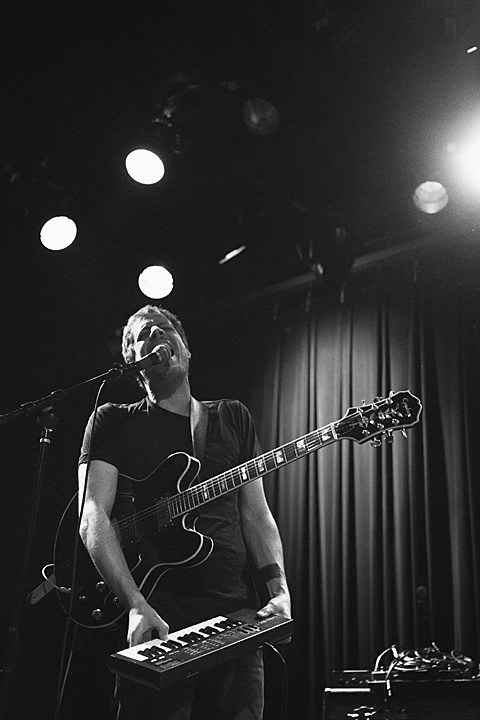 Bushwick Open Studios
This weekend is the annual Bushwick Open Studios, which is a great chance to see a bunch of art where it's being made, walk through the many studios in the Brooklyn neighborhood, and probably nab a few free drinks along the way.

NYC Popfest w/ The Spook School, Colour Me Wednesday, Heathers, Gold-Bears, The New Lines, The Cat's Miaow + The Shapiros (Pam and Bart), Marine Life, Lost Tapes @ Littlefield
NYC Popfest comes to a close with this all-day show at Littlefield, featuring some of the most anticipated acts of the week: '80s-era band The Popguns, scrappy UK upstarts The Spook School and Colour Me Wednesday, great Georgia band Gold-Bears and lots more.

Beverly, Mark Monnone, Pam Berry, Rocketship @ Trans-Pecos
If you missed Rocketship at Cameo last night, they play again today at this very non-Popfest-affiliated show featuring a lot of popfest bands, including solo sets from Pam Berry (Black Tambourine, Glo-worm), Mark Monnone (The Lucksmiths) and headliners Beverly. This show starts early (1 PM) and most of it is over before today's Popfest show starts, if you wanna go to both.

Chrissie Hynde @ Rough Trade
Pretenders singer Chrissie Hynde releases what's technically her first-ever solo album this year (even if she's the only consistent Pretenders member) and from the sound of the singles she's released, she's still in good form. If you pre-ordered the album from Rough Trade, you can get into this 6 PM in-store, though space is limited.

Julie Klausner, Ted Leo, Nellie McKay, Jake Folgnest, Danielle Henderson @ The Bell House
Julie Klausner does a live taping of her popular "How Was Your Week?" podcast tonight with frequent guests Ted Leo and Jake Fogelnest in tow, not to mention Nellie McKay.

Billy Idol @ The Space at Westbury
The man who perfected the curled-lip sneer, Billy Idol also has a lot more hits than you may remember, all from the golden age of MTV. Most of them -- "Eyes Without a Face," "Dancin' with Myself," "Rebel Yell," "White Wedding" -- still sound pretty good today.