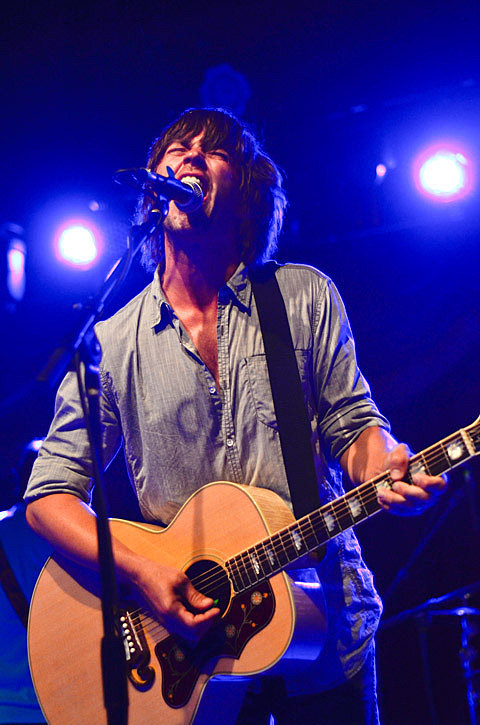 Old 97's, Lydia Loveless @ Webster Hall
Celebrating 20 years as a band this year, alt-country vets Old 97's showed they still have some shit to kick with their new album, Most Messed Up. Lydia Loveless opens and tickets are still available.

Pharrell Williams @ Apollo Theater
If you're not entirely sick of "Happy" by this point (perhaps you just woke from a coma?) you probably have a better chance at enjoying this show more than the cynical amongst us.

Priests @ ABC No Rio / Cake Shop
DC's Priests just put out their new album, Bodies and Control and Money and Power (today via Don Giovanni), which mixes the rhythms of post-punk with the ferocity of punk. They're celebrating with two NYC shows: first an early one at ABC No Rio with In Circles and Pour the Pirate Sherry, and then a late one at Cake Shop with In School and Sediment Club.

Tomorrows Tulips, Habibi, Gym Shorts @ Glasslands
Costa Mesa, CA trio Tomorrows Tulips make lo-fi indiepop with a flower power bent, as can be heard on last year's, Experimental Jelly, which came out on Burger Records. Fans of Beat Happening, TV Personalities, The Vaselines...this is for you.

Failure @ MHOW
'90s spacey alt rockers Failure are back this year after breaking up in 1997 with new music and a tour. The single we recently heard, "Come Crashing" has the band in pretty fine form, so hopefully these shows will be the same. This is their third and final NYC-area date of the tour.

Ty Dolla $ign @ Red Hook Park (FREE)
LA rapper Ty Dolla $ign gained a lot of buzz from his 2013 single "Paranoid," and he's since been working on his debut full length. Tonight's free Summerstage show is one of many chances to catch him in NYC this year.

Rad Dreams, Gold-Bears, Hippy, Freelings @ Shea Stadium
Atlanta's Gold-Bears were absolutely one of the highlights of this past weekend's NYC Popfest, but we have a feeling they'll be even been in a DIY space like Shea Stadium. Good local indie rock bands surround them on the bill.