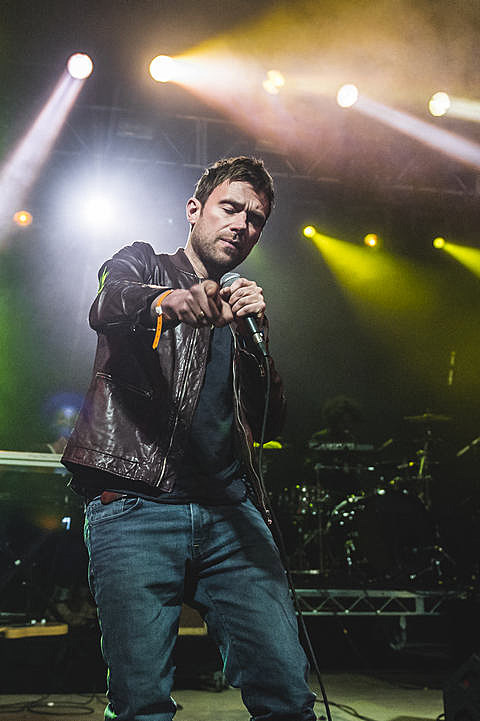 Governors Ball @ Randall's Island<
NYC's Governors Ball continues to grow and rival the other major US festivals. It wraps up today with a ton of great artists including Vampire Weekend, Interpol, James Blake, The Kills, J. Cole, The Head and the Heart, Tyler the Creator, AlunaGeorge, Earl Sweatshirt, Frank Turner, and plenty more.

DeGreaser, Dasher, Willfull Boys, Cyanide Tooth @ Death by Audio
DeGreaser -- the new-ish band from Australian expat Tim Evans who you may remember from Bird Blobs or the recent reincarnation of '80s legends Venom P. Stringer -- picked a good name, as it works as description of their heavy psych sound, which uses thick distortion like an industrial solvent.

Diarrhea Planet, Total Slacker, LVL UP @ Glasslands
Raging rockers Diarrhea Planet are one of those bands you just have to see live, and with this all-around great bill, this official Governors Ball Afterparty should get pretty wild.

Damon Albarn @ Irving Plaza
This is an official Governors Ball afterparty. While some artists, like Jarvis Cocker, keep their solo sets free of songs from previous bands, Albarn has been peppering his sets with cuts from Gorillaz, The Good, the Bad & the Queen, and Blur.

Dinowalrus, Zula, Visuals, DJ Juan (of Small Black) @ Mercury Lounge
Brooklyn's Dinowalrus are a restless, ever-morphing entity, having shed a couple different sonic skins in the course of their existence. They began as noisy anti-pop, toyed with Madchester/acid house, and for their new album Complexion (tonight's the record release show) there's a definite Big '80s feel, complete with funky guitars, widescreen choruses, and even a little sax.

I.U.D. (with Kim Gordon) @ MoMA PS1
Earlier this year, Sonic Youth's Kim Gordon teamed up with I.U.D. (aka Lizzi Bougatsos of Gang Gang Dance and Sadie Laska of Growing) for a highly experimental trio set at Issue Project Room, and tonight the three of them will go at it again at MoMA PS1.

Peter Murphy @ Rough Trade
The goth icon plays this intimate in-store performance ahead of his much bigger Irving Plaza show. To get in you need to buy his new album, Lion. You could come early (store opens at 11 AM), buy the album, get a wristband for the show, then come back at 1:30 PM when doors to the venue open.

50 Cent @ Webster Hall
This is the release show for 50 Cent's new album, Animal Ambition, which may not be as good as 50's earlier material but hopefully he'll include some of those favorites too.