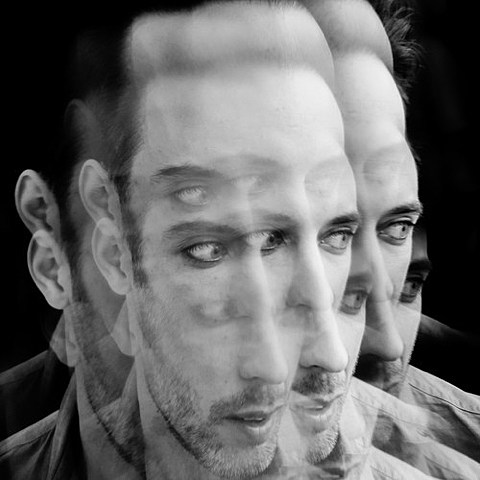 Little Big League in May (more by Mimi Hong) 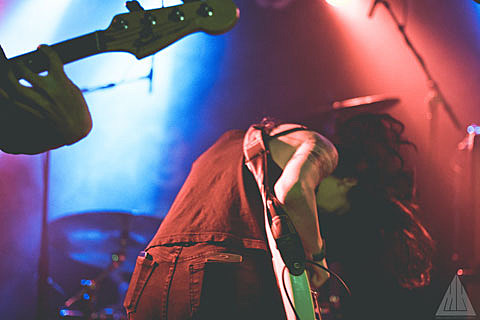 The Northside Festival
The Northside Festival's four-day takeover of North Brooklyn is in full swing tonight with basically every venue in Williamsburg, Greenpoint and Bushwick involved. There are lots of shows but we've highlighted our picks here -- noted by the "(Northside)" in the event name.

Operators (Dan Boeckner of Wolf Parade), Little Big League, Motion Studies @ Baby's All Right (BrooklynVegan Northside Showcase)
There's plenty of amazing shows tonight, though of course we hope you come to our showcase, which features the NYC debut of Operators, the new band of Wolf Parade/Handsome Furs/Divine Fits member Dan Boeckner. From the sound of the song they released, it's seeming most similar to H Furs' stuff. Opening are Philly indie rockers Little Big League and Brooklyn's funky Motion Studies, who are on Nick Sylvester's (of Mr. Dream) GODMODE label, and he drums in the band too.

Blondes, Young Male, Max McFerren, Physical Therapy @ Baby's All Right
After our show you can stick around Baby's and dance to these quality DJs.

The War on Drugs, Woods, Julianna Barwick @ 50 Kent
This show is at the rechristened 50 Kent, aka the giant outdoor space that used to be Williamsburg Park.  It should be a good one too, with The War on Drugs' spacious Petty-isms perfect for the outdoor environment, as will Woods. Also: while some Northside shows might fill their badge quota quickly, that probably won't be a problem here given the size of the venue.

Sharon Van Etten, Amen Dunes @ Bowery Ballroom
We still remember when Sharon played the upstairs at Pianos as part of one of our CMJ day parties, so we couldn't be more pleased that her career has really taken off. This is her second of three sold-out NYC shows this week.

Animal Collective (DJ Set) @ Brooklyn Bowl (Northside Festival)
Animal Collective members Panda Bear and Avey Tare have been focusing on their own projects lately, but tonight the band (or maybe select members of the band) will be in NYC to DJ.

Nick Waterhouse, The Vandelles, Jonathan Toubin (DJ Set) @ Brooklyn Night Bazaar (Northside Festival)
If vintage soul is your idea of a good time, this should fit the bill: Nick Waterhouse really knows how this stuff is supposed to sound, and is a terrific songwriter to boot. That goes triple for Toubin, whose taste is beyond impeccable. The Vandelles are fun too! Unlike almost all Night Bazaar shows, this one is not free, but you can get in with your Northside Badge.

+/- {Plus Minus}, Flower (reunion show), John Lindaman, Trummors, Vomit Fist @ Cake Shop
Before Versus, brothers Richard and Ed Baluyut were in NYC band Flower who put out two albums and an EP's worth of moody indie rock during the second half of the 1980s. They reunite tonight to benefit the New York Tsurphu Goshir Dharma Center, . Also on the bill: +/- Plus/Minus (featuring a third Baluyut brother, James), James Lindaman (of True Love Always), Trummors (Dave Lerner who used to be in Ted Leo + Pharmacists), andVomit Fist.

Ka @ Europa (Northside Festival)
Brooklyn rapper Ka got a good amount of buzz last year for his impressive album The Night's Gambit, and tonight he'll take that material to the stage in his hometown.

Omar Souleyman, Dutch E Germ, Prince Rama (DJ Set) @ Glasslands (Northside Festival)
Syrian pop singer Omar Souleyman puts on the kind of show that you just have to see for yourself, as many of you probably know already considering this is sold out. Former Gang Gang Dance member Dutch E Germ opens.

White Mystery, J.A.C.K., Whiskey Bitches, Vulture Shit @ Matchless (Northside Festival)
Guitar-drums garage rock duos are a dime a dozen, but White Mystery from Chicago stand out and not just because siblings Alex and Francis are flaming redheads. Alex has a soulful wail that she lets belt out at top register. They're also less blues-y than many of their brethren -- even without the singing nobody's gonna confuse them with The White Stripes, Thee Oh Sees, etc.

Ed Schrader's Music Beat, Ski Mask, Whore Paint @ Shea Stadium
Ed Schrader's Music Beat just released their new album Party Jail via JEFF The Brotherhood's Infinity Cat label. As the title implies the record is a good time, 13 hyperactive tallboys of fuzzbass dancepunk, not a million miles away from Le Tigre or The B-52s. Tonight's the record release party (and it's not part of Northside).

Porches, Fat (Bad) History Month, Pile, Dust From A Thousand Years, New England Patriots @ Silent Barn
Exploding In Sound throw their unofficial Northside showcase tonight at Silent Barn. As we've come to expect from EIS, it's packed with loud rock bands who should appeal to anyone nostalgic for the '90s.

Crow Bait, Beach Slang, Chandeli'ers, Outta Gas @ Suburbia
Tonight's the NYC debut of Beach Slang, the new Philly trio fronted by James Snyder of '90s punk band Weston. All they've got out so far is a 4-song EP, but each track is a winner with the sugary distorted guitar hooks of early Goo Goo Dolls and The Replacements meeting the gruff vocals of Jawbreaker. Tons of quotable lines too. This show doubles as the release show for alt-country punks Crow Bait (mem. Iron Chic) who are celebrating their debut album, Sliding Through the Halls of Fate, out now on Don Giovanni.

Kelis, Son Little @ Webster Hall
Kelis has been one of the most underrated pop singers for years, and this year she actually "went indie," teaming up with producer Dave Sitek (of TV on the Radio) and releasing her new neo-soul-inspired album on Ninja Tune.

Tonight's Escort / French Horn Rebellion show at Watermark Bar has been moved to July 10 due to weather.