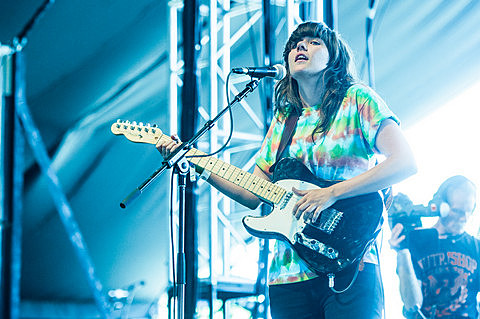 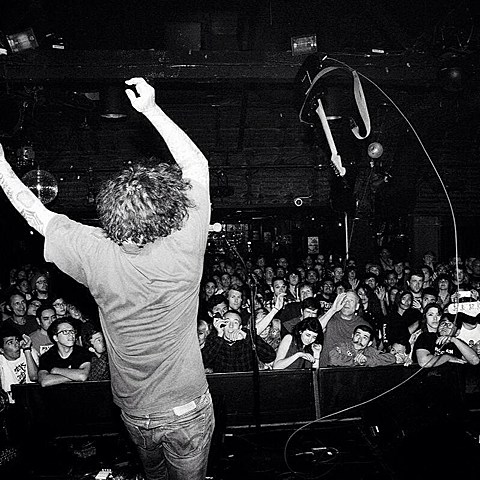 The Northside Festival
The Northside Festival's four-day takeover of North Brooklyn is in full swing today with basically every venue in Williamsburg, Greenpoint and Bushwick involved. There are lots of shows but we've highlighted our picks here -- noted by the "(Northside)" in the event name.

Beirut, RatKing, Malang Jobarteh @ 50 Kent
It's been a few years since Beirut put out a new album, but a live show from the balkan-inspired indie band is always welcome, new music or not. Opening the show is local rap group Ratking and kora player Malang Jobarteh.

Cody ChesnuTT @ Apollo Theater
A charmer and more than a little eccentric R&B/soul singer plays one of NYC's most famous venues tonight. Hopefully we'll get some new songs -- it's been two years since Landing On A Hundred.

Sharon Van Etten, Jana Hunter @ Bowery Ballroom
We still remember when Sharon played the upstairs at Pianos as part of one of our CMJ day parties, so we couldn't be more pleased that her career has really taken off. This is her last of three sold-out NYC shows this week.

Clouder, Miniboone, Old Monk, Haybaby, The Meaning of Life, The Planes,traumahelikopter, The Party Faithful, Loose Buttons, Two Seconds to Midnight @ Matchless
There are bands all day at Greenpoint's Matchless. The day portion is free; the not-free (unless you have a badge) evening portion is a little meatier with sets from mathy, Pavement-y band Old Munt, and quality locals Haybaby and Miniboone.

Thee Oh Sees, The Blind Shake, King Gizzard and The Lizard Wizard @ McCarren Park (Northside Festival)
Though it's a completely different line-up than we've seen before, John Dwyer doesn't half-ass things and we'll take any chance to see Thee Oh Sees we can. Plus it's free, really hard to complain about that. Also! The opening bands are really good too: Australia's King Gizzard, and Minneapolis animal-beat punks The Blind Shake. This will be fun.

Courtney Barnett, Benjamin Booker @ MHOW
Australia's Courtney Barnett is a real charmer, spinning between-song stories as well as her clever, seemingly stream-of-concious lyrical style. She's no slouch on guitar either... and getting more popular by the second. Sold out, but some Northside badges will be taken (no wristbands though).

Aretha Franklin @ Radio City Music Hall (Blue Note Jazz Festival)
The Queen of Soul returns to Radio City for what will surely be another excellent hits-filled show. Her first of two nights this week.

AKUA, Starchild, Lydia Ainsworth, Solar Year @ Shea Stadium (Northside Festival)
MTL duo Solar Year offer an ethereal brand of electronic music is icy, with vocals that work like an instrument more than something where lyrics are important. With eerie projections, they're more interesting live than your average laptop act.

Nothing, Superheaven, UnWed @ The Studio at Webster Hall
Nothing are the shoegaze band you can mosh to, and for good reason -- their shows are high energy and unpredictable.

Teen Girl Scientist Monthly, traumahelikopter, Your Friend, Neighbors, Piers @ Space Ninety 8 Stage
Missed Eagulls when they opened for Titus the other night? Catch them for free as part of this outdoor stage lineup on Bedford Ave. this afternoon. Eagulls are on at 3:30 PM.

Ski Lodge, Literature, Lushes, My Teenage Stride, Chalk and Numbers @ Union Pool (Northside Festival)
For a jangly Saturday NOrthside option, Union Pool is hosting a solid lineup of indie pop, headlined by Ski Lodge who are currently working on their second album. Also on the bill are Philadelphia's Literature, whose excited brand of jangle has them bouncing off the walls, plus NYC indiepop vest My Teenage Stride, the vintage '60s pop sounds of Chalk & Numbers, and more.

Dead Milkmen, Rasputina @ Warsaw
Philadelphia wiseass legends The Dead Milkmen are still a lot of fun 30 years into their career. Just try not singing along to "Punk Rock Girl."