Polica at Radio City in 2013 (more by Amanda Hatfield) 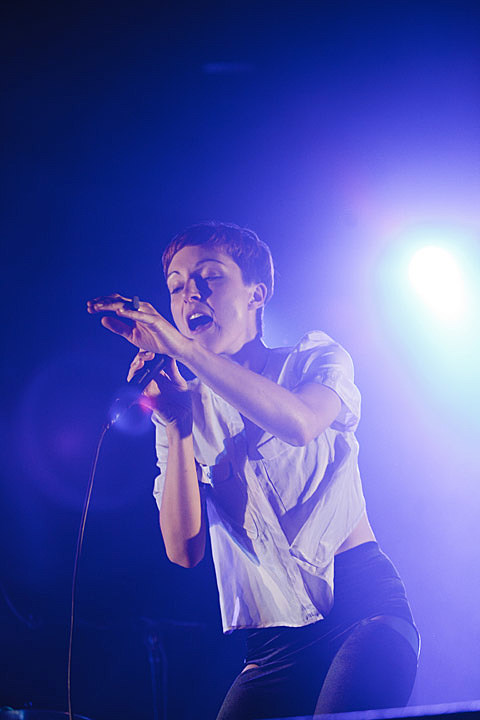 Dave Harrington (of Darkside), Valentin Stip (DJ set) @ Baby's All Right
When not playing in Darkside with Nicolas Jaar, Dave Harrington continues to make excellent music on his own. Tonight's his EP release and he'll be joined by a DJ set from Valentin Stip of Nico Jaar's label.

Primitive Hearts, Pookie & The Poodlez, RIPS, Souvenir Stand @ Death by Audio
It's a double-dose of California wimp punk pop, with Oakland's Primitive Hearts and Pookie & the Poodlez. Check out their split 7" below.

Haley Bonar, Lapland, Ocean Carolina @ Rough Trade
Bonar is a distinctive singer-songwriter, rarely sticking to singer-songwriter tropes, always opting for inventive instrumentation and arrangements as a showcase for her clear voice and songwriting chops. Her new album, Last War, is well worth checking out.

Ask Me Another w/ Doug Liman @ The Bell House
WNYC's popular puzzles and games show goes live in front of a studio audience tonight. This episode's guest: filmmaker Doug Liman who got his start directing Swingers but now makes big budget blockbusters like the just-released Edge of Tomorrow.