The National at Sasquatch 2014 (more by Chris & Rae Graham) 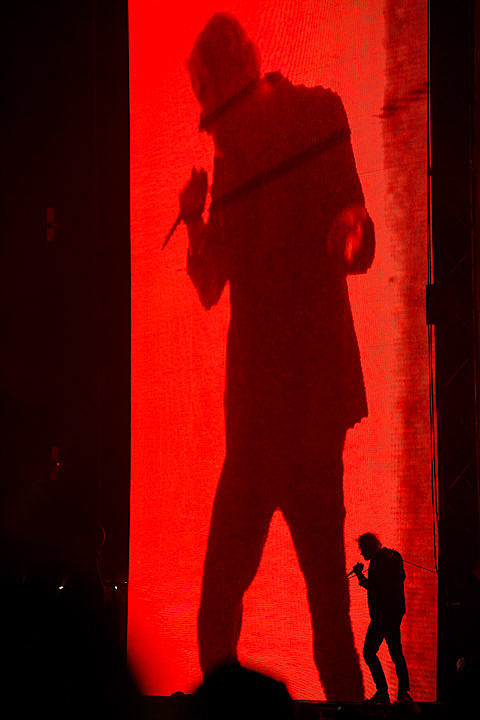 The National, Phosphorescent @ Prospect Park Bandshell
The National have a very impressive run of killer indie rock records, and despite their often-somber sounds, they're far from a boring live band. Tonight they begin their three-night run at Prospect Park (this one and tomorrow's are sold out), and opening is indie folk crew Phosphorescent who make this a great double bill.

Courtney Barnett, Benjamin Booker @ Bowery Ballroom
Australia's Courtney Barnett is a real charmer, spinning between-song stories as well as her clever, seemingly stream-of-concious lyrical style. She's no slouch on guitar either... and getting more popular by the second. Sold out

Cody Chesnutt @ City Winery
A charmer and more than a little eccentric R&B/soul singer plays City Winery tonight after his bigger Apollo Theatre show over the weekend. Hopefully we'll get some new songs -- it's been two years sinceLanding On A Hundred.

Meatbodies, Pampers, Las Rosas, White Rope @ Death by Audio
You maybe have seen Chad Ubovich play as part of Mikal Cronin's band last year, but he's got his own group, Meatbodies, too. You might not be suprised to learn Meatbodies make garagey psych rock that's not too dissimilar from Cronin or Ty Segall. They headline this show tonight, which is pretty killer all-around.

Kins, Ryley Walker, Salt Cathedral @ Glasslands
While very much a band, Australia/UK act Kins seem to draw inspiration from downtempo electronics for a expansive, atmospheric sound without ever dipping into anthemic "whoa oh" territory. It's also worth getting there on time for Ryley Walker, a highly talented acoustic guitarist who makes quality psych folk.

Everclear, Soul Asylum, Eve 6, Spacehog @ Irving Plaza
This year's edition of the Summerland tour is a cornucopia of Clinton-era MTV rock. So much for the afterglow, indeed.

Guy Blakeslee (of Entrance Band), Weyes Blood @ Mercury Lounge
Guy Blakeless of the Entrance Band just put out his first solo album in ten years, which among other things, highlights his great voice. Weyes Blood is another with a killer set of pipes, so be sure to show up for her too. Guy plays NYC again on Thursday at Rough Trade.

The Antlers @ Rough Trade
The Antlers' new horn-filled album, Familiars, comes out today and it's more of the highly emotional, falsetto-tinged songwriting that's made up their previous records. They celebrate with this in-store which is free with purchase of a copy of the album.

Ringo Starr & His All Star Band @ Beacon Theatre
Ringo Starr may not have the same epic stage show as the other surviving Beatle (he also hasn't written as many hits), but he'll still deliver plenty of the songs he sang lead for in that band. This is his first of two Beacon Theater shows this week, and he'll also be in NJ after.

Trash Talk, Cities Aviv, Left Brain @ Palisades (906 Broadway)
Anyone who's seen Trash Talk knows their sets are totally out of control, and that will likely be the case at this free Bushwick show which you had to RSVP for, but is still first come, first served. Bring earplugs, and maybe a helmet.