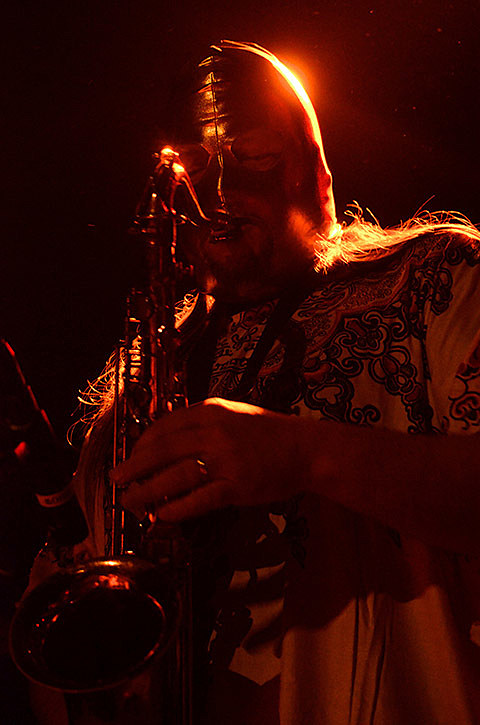 Jungle, Beaty Heart @ Bowery Ballroom
Somewhat enigmatic dance duo Jungle turn out to be a traditional -- but good -- dancerock act live, filled out by a host of pro players. No denying "The Heat" is a killer single.

Jean Grae, Corn Mo, Shellshag @ Matchless
While the music portion is over, Northside Festival is still going with its film portion. Tonight is a party for the Brooklyn Comedy Festival featuring live music in the back room with rapper Jean Grae, multi-hyphenate Corn Mo, and duo Shellshag. Free with RSVP.

Tigers Jaw, Pity Sex, Loose Planes @ Music Hall of Williamsburg
Tigers Jaw's new record, Charmer, is unlike anything they've done before, far mopier and more Smiths (or at least Smiths via Brand New) than any of their other records. Joining them are their labelmates Pity Sex, who took a similar path from emo to something more traditionally indie rock.

Little Racer, Painted Zeros @ Pianos
Brooklyn band Little Racer have been at it for a while now, making very catchy, UK-inspired guitar pop. Tonight's the third show of their June residency at Pianos.

The National, Lord Huron @ Prospect Park Bandshell
The National have a very impressive run of killer indie rock records, and despite their often-somber sounds, they're far from a boring live band. Night two of their three-night Celebrate Brooklyn! run.

Vasudeva, The Ambulars, Country Drop, Life Eaters @ Shea Stadium
If you're headed to this show at Shea tonight, one band we especially recommend catching is The Ambulars, whose most recent record, 2012's Dreamers Asleep At The Wheel, came out on Salinas Records (Swearin', Radiator Hospital) and is an excellent example of the kind of pop punk-leaning indie rock that label is known for.

Dave Hill, Valley Lodge, David Cross, Juliana Hatfield, Michael Che, Jean Grae, Kate Berlant, Marcus Monroe @ The Bell House
Dave Hill's monthly series, "Meet Me in the Bathroom and Tell Me All Your Secrets," moves from Union Hall to the Bell House for this extra large edition with a cavalcade of big names. Hill promises "an incredible night of comedy, music and gunplay."