Infest in Miami in 2013 (more by Kris Alan Carter) 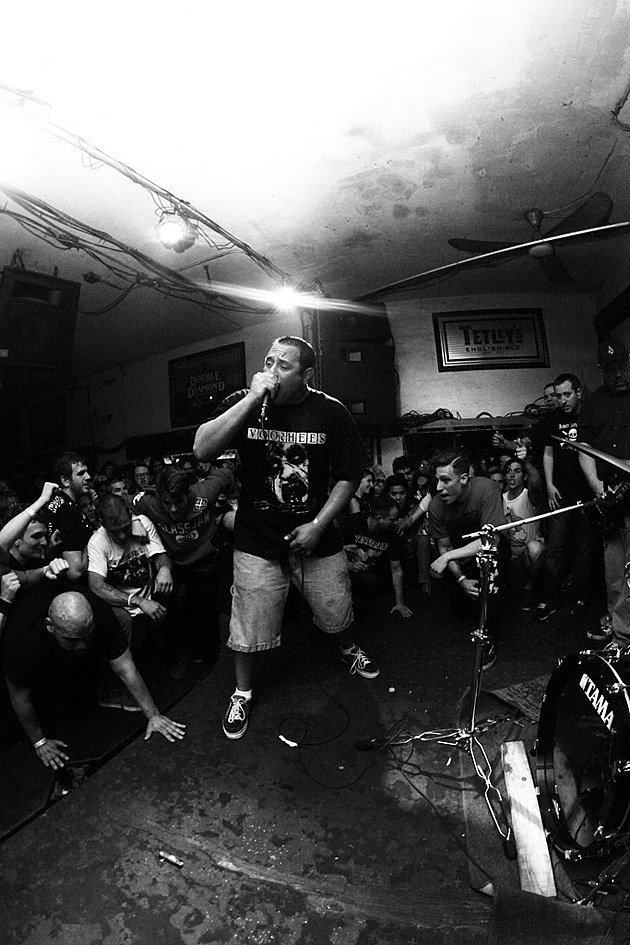 Infest, Magrudergrind, Hounds Of Hate, Chain Rank @ The Acheron
Powerviolence pioneers Infest recently reformed after a 22-year hiatus, and now they're playing their first-ever NYC shows this week. Tonight's the first and features a killer bill all around. If you're even thinking about hitting one of these, do it. They'll be nuts.

Obnox, Liquor Store, Hubble, Cyanide Tooth @ Death by Audio
Obnox is one of the many projects of Cleveland punk musician Lamont Thomas, but while he usually drums, for this one he takes the lead and brings elements of soul, R&B, hip hop and more into it too. Solid locals on the bill tonight as well.

White Hinterland, Heavenly Beat, The Henry Millers @ Rough Trade
White Hinterland, aka Casey Dienel, makes pop with dash of R&B as can be heard on her new album, Baby. Opening are Heavenly Beat whose most recent album, Provenance, was a breezy treat (though they've never been able to quite translate it to a live show, not yet at least).

Endless Boogie, The Young, VBA @ Union Pool
Most notably this is the pre-release show for The Young's new long player, Chrome Cactus, which is a punked up psychedelic ripper that drops this August. They'll be joined by the groovy Endless Boogie and hard rocking psych trio VBA.

Del Close Marathon
It's Upright Citizens Brigade's annual three-day fest with over 420 comedy performances. A $30 wristband gets you into as many as you can muster.