Andrew Bird in Chicago in 2013 (more by James Richards IV) 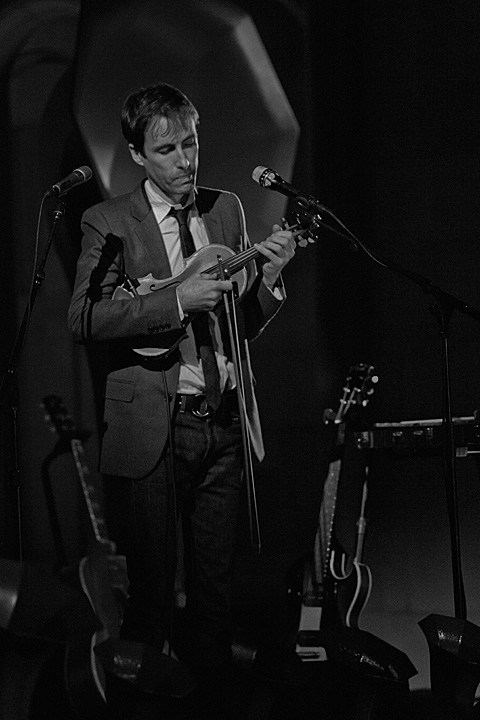 Crosby, Stills and Nash @ Beacon Theatre
One of the most distinctive harmony styles in rock music, David Crosby, Stephen Stills and Graham Nash's music has endured for over 40 years. This is the first of three nights at the Beacon.

Kitten, Kitty, Tempers @ Highline Ballroom
LA rock band Kitten headline this weirdly diverse bill, but we're mostly excited about the similarly named rapper Kitty who is always entertaining and goth duo Tempers. Like we said, this is a weird bill.

Mandolin Orange @ City Winery (Hudson Square Music & Wine Festival)
Mandolin Orange make old-timey folk, country and bluegrass that's unpolished and generally favoring sad songs. This is the first of two NYC shows they currently have scheduled (the other is in October) and it's a free, early one (5 PM).

Snoop Dogg, No Wahala DJs @ The Space at Westbury
Regardless of your thoughts on Snoop Dogg's recent name change to Snoop Lion and new reggae direction, it's undeniable that he's put out some of best rap of the golden era and plenty of unstoppable hits since then too. Plus, his live shows are always a great time. Tonight's his first of two NYC-area shows this week.

Bad Brains Live at CBGBs @ Nitehawk Cinema
This concert doc, which has been on DVD for some time, screens tonight with a post-screening Q&A with Darryl Jenifer from the Bad Brains and Sacha Jenkins.