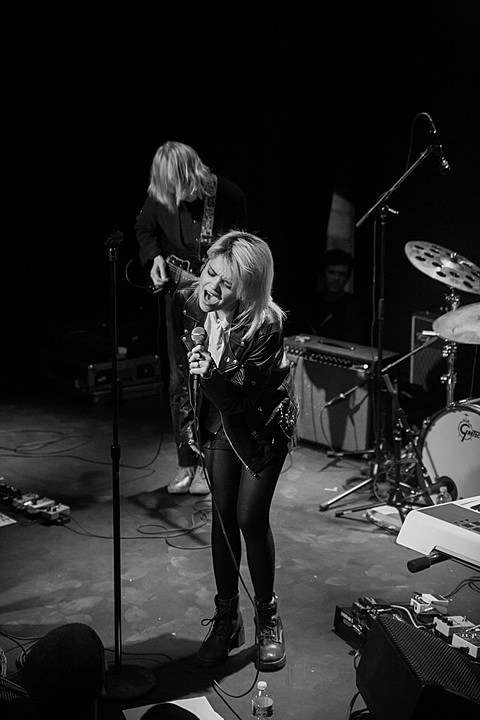 Sky Ferreira @ Music Hall of Williamsburg
This show is a benefit for the David Lynch Foundation which "funds Transcendental Meditation (TM) programs for at-risk students; veterans with PTSD; women who are survivors of domestic violence; American Indians suffering from diabetes; the homeless and incarcerated." Sold out.

LAMC
The Latin Alternative Music Conference continues today, and among the day's events is a free multi-genre show at Central Park Summerstage with The Beatnuts, Ana Tijoux, Bodega Bamz and DJ Tony Touch.

Crosby, Stills and Nash @ Beacon Theater
One of the most distinctive harmony styles in rock music, David Crosby, Stephen Stills and Graham Nash's music has endured for over 40 years. This is the second of three nights at the Beacon.

The Defibulators @ Bryant Park
And if old-timey sounds are your thing, you might wanna catch this early Defibulators show (6-7 PM) before heading to Bowery for Pokey.

Snoop Dogg @ The Capitol Theatre
Regardless of your thoughts on Snoop Dogg's recent name change to Snoop Lion and new reggae direction, it's undeniable that he's put out some of best rap of the golden era and plenty of unstoppable hits since then too. Plus, his live shows are always a great time. Tonight's his second of two NYC-area shows this week.

Dave Alvin and Phil Alvin with The Guilty Ones, Jonah Tolchin with the Lonesome Angels @ City Winery
Dave and Phil Alvin are/were both members of veteran roots rock band The Blasters whose debut LP came out in 1980, and the pair just put out a new album together on Yep Roc this year. Their labelmate Jonah Tolchin also put one out on that label this year, which features a guest spot from Deer Tick's John McCauley.