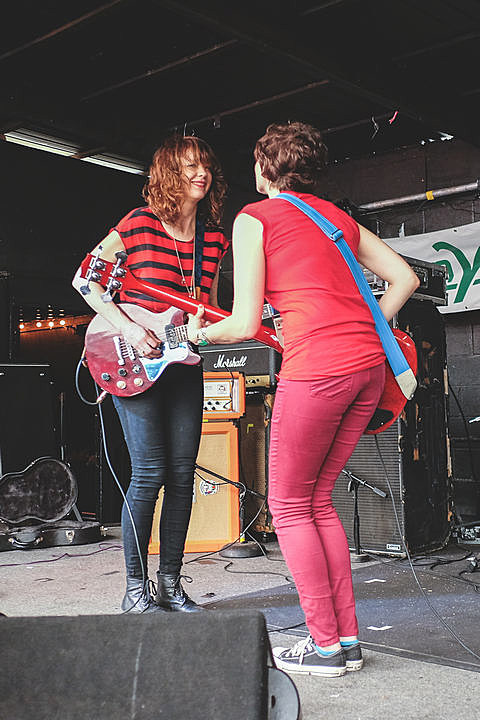 Ex Hex @ MoMA
Having spent time in Autoclave, Helium and, most recently, Wild Flag, Mary Timony has an impeccable indie rock CV. But her new project, Ex Hex, goes straight for the groin with '70s-style glammy power pop. Tonight's show is part of the MoMA Nights series and is free with museum entry.

Jon Hopkins, JDH & Dave P @ Le Poisson Rouge
Having helped create textural work with Imogen Heap, Brian Eno (and Coldplay), Jon Hopkins delved into dance music for the first time on 2013's Immunity, a concept album exploring, instrumentally, an epic night out. While it may not feature any Disclosure-style dancefloor bangers, Immunity is an absolute stunner, a record that needs to be heard as a whole, and one whose synthesizers throb like a beating heart.

Circa Survive, UME, New God @ Bowery Ballroom
This is a small show for Circa Survive and naturally sold out, but if you're going we recommend getting there early for Austin's hair-swinging, guitar-shredding Ume. You can also catch them at the smaller NYC venue Pianos, tomorrow.

Mobb Deep @ Queensbridge Park (FREE)
Mobb Deep have been super active this year, celebrating their classic LP The Infamous, releasing their first new music in a while, and playing a good amount of shows. Tonight's is free.

Flume, Goldlink, Noah Breakfast @ Terminal 5
Australian producer Flume saw a HUGE bump in his career recently, partially thanks to a Lorde remix. Tonight's his second of three sold out Terminal 5 shows this week, and it's worth showing up on time for rapper Godlink.

Queen w/ Adam Lambert @ Madison Square Garden
While many may scoff at this being called "Queen" in any way shape or form, there is no denying that Brian May and Roger Taylor will play songs by their old band with American Idol season 8 runner-up Adam Lambert subbing for the irreplaceable Freddie Mercury.