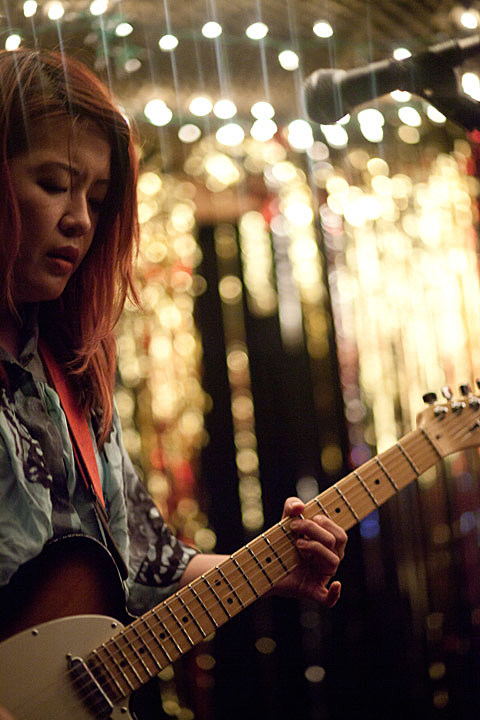 Eternal Summers, Seoul, Little Racer, Wand @ Baby's All Right
Eternal Summers delivered more of their promising indie pop on this year's Doug Gillard-produced album, The Drop Beneath. Joining them tonight is Montreal's Seoul who make breathy pop not unlike '80s bands like The Dream Academy and Prefab Sprout, and Brooklyn's Little Racer who make UK-inspired guitar pop. Openers Wand are the new band from Samuel Shea who used to be in Spires and also make psych-guitar-pop.

Bass Drum of Death, Beechwood, Skully @ Matchless
Mississippi garage rockers BDoD are in NYC and playing this FREE show at Matchless tonight. Is a new album on the way? Get there early to catch Scully, the new band from Caroline of Habibi/Splinters.

Common @ Gramercy Theatre
Veteran rapper Common's tenth album, Nobody's Smiling, is out this week and tonight he celebrates with a free release show. To get in, you need a wristband which were given away this past Friday and will be given away again today at 10 AM at the Gramercy Theatre.

Caveman, Icewater, Future of What @ Bowery Electric
NYC indie rockers Caveman have been playing much bigger venues lately, but tonight they'll bless their hometown with the smallest show they've played in a while by far. Doors are at 7:30 at admission is $10 at the door. First come, first served.

Gogol Bordello, Man Man @ Starland Ballroom
The always-wild gypsy punks Gogol Bordello don't hit NYC on their current tour, but they'll be nearby for three area shows, this being the third. The eccentric Man Man will be a good fit too.