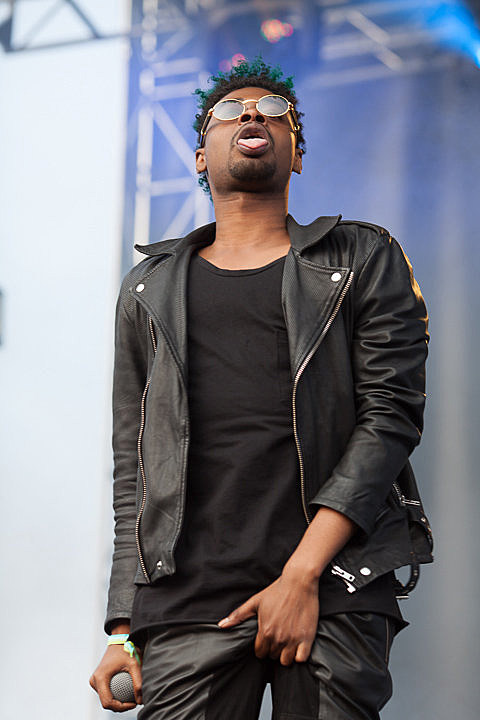 Neutral Milk Hotel, Circulatory System @ Prospect Park Bandshell
While Jeff Mangum hasn't released any new music since 1998's In The Aeoplane Over the Sea, nobody really seems to mind now seeing how he and NMH are finally playing shows again, and many people are getting to hear those songs live for the first time. Following this past winter's shows, he and the band now return to NYC for a victory lap at these two outdoor Celebrate Brooklyn! shows, which sounds like a nice place to hear the classics. This is night 2.

The Fresh and Onlys, The Shilohs, Christines @ Glasslands
Lumped in with the SF garage rock scene, The Fresh & Onlys make a twangy, tuneful brand of psych rock with distinct postpunk flourishes courtesy guitarist Wymond Miles. They really don't sound like anyone else  and are always worth catching live. Canadian ourmates The Shilohs make a decidedly Beatlesque brand of pop, and openers Christines owe just a little to '90s-era shoegaze.

FREEMAN, White Lighters @ Baby's All Right
With his long-running band a done deal, the artist formerly known as Gene Ween released his new solo album today via Partisan. He's got a soft spot for '70s pop on the new album which is an enjoyable listen.

Witch, Ruby the Hatchet @ MHOW
Though J Mascis is maybe the all time great indie rock shredder, he likes to rock out on drums too and his stoner rock band Witch (fronted by King Tuff main man Kyle Thomas) gives him a chance to do that. This Converse Rubber Tracks Live show is free if you RSVPed, which is now closed.

UPDATE: Bl'ast have actually cancelled all of their East Coast dates.

PHOX, Trails and Ways @ Mercury Lounge
Wisconsin indie pop outfit PHOX combine sunny melodies with folky arrangements (and honeyed, breathy vocals) for a sound as airy as a summer breeze. This is their second of two NYC shows this week.

Jesus Christ and the Hallucinogenic Allstars, Pussywolf, Pharaoh, Mount Salem @ Saint Vitus
Chicago's Mount Salem wear their proto-metal and traditional doom influences on their sleeves, but they do it well. They're over in NYC for this show.

Action Bronson, Danny Brown, Schoolboy Q @ Best Buy Theater
Three of the best contemporary rappers come together for what should be an excellent time at Best Buy Theater tonight.

Leif Vollebekk @ SubCulture
This underrated Canadian singer-songwriter released his most recent album, North Americana, at the start of this year and its folky charms will work especially well at an intimate venue like SubCulture.

Braid, A Great Big Pile of Leaves, Marietta @ Asbury Lanes
16 years after Braid's now-classic Frame & Canvas was released, the emo vets are finally back with its followup, No Coast, and it was worth the wait. It picks up where they left off but sounds like a contemporary of the newer bands in the genre too. They'll hit NYC this Saturday, but the tour's also nearby in NJ tonight. Openers A Great Big Pile of Leaves make this a great double bill and Braid fans should dig them too.