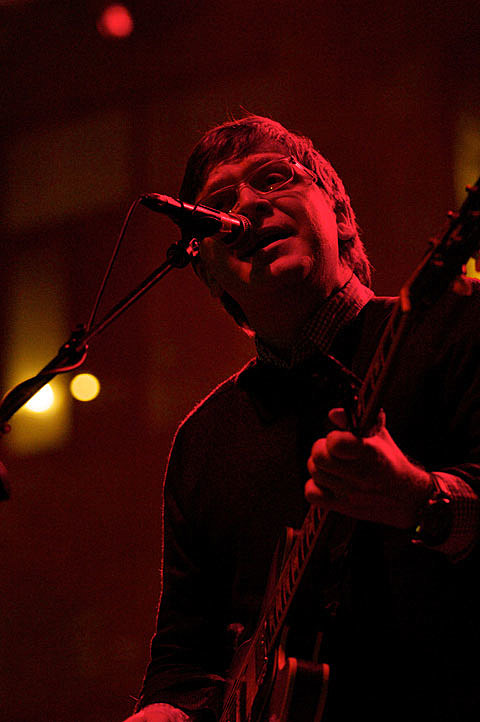 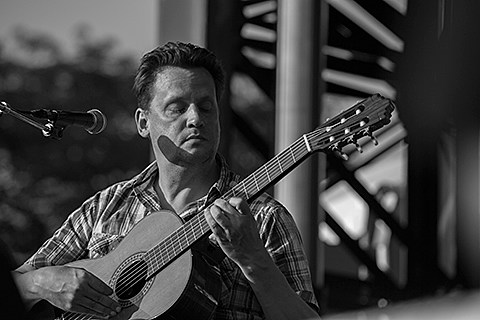 Teenage Fanclub, Honeyblood, Saint Rich @ Pier 84 at Hudson River Park
What a treat -- Glasgow guitar pop practitioners Teenage Fanclub are stopping in NYC on their way to this weekend's Merge 25 festival for this free show. They haven't made a new LP in four years but with eight records worth of great songs to choose from, they are not lacking in options. Opening are a much younger Scottish band, Honeyblood. Did we mention it's free?

Veruca Salt, Battleme @ Bowery Ballroom
Oh, the tough choices of the '90s-loving NYC music fan. Teenage Fanclub's onetime DGC labelmates Veruca Salt, now back with their original lineup, play their first NYC show in many many years. You'll likely hear a bunch of new tracks from their forthcoming new album, but there's no way they're not gonna hit with "Seether" and "Number One Blind." Both tonight's show and their MHOW show on Friday are sold out.

Oathbreaker, Cult Leader, Young and in the Way, Badr Vogu, Meek is Murder @ The Acheron
We at BV are proud to present this show which includes three killer bands on Deathwish's roster -- Oathbreaker, Cult Leader and Young and in the Way -- plus Badr Vogu and solid locals Meek Is Murder. Oathbreaker are from Belgium and make melodic hardcore/screamo, while Cult Leader feature 3/4 of Gaza and basically pick up where that band left off. YAITW will provide metallic hardcore, Badr Vogu will bring sludge, and Meek Is Murder will supply the mathcore.

Sun Kil Moon @ Town Hall
Mark Kozelek has years of excellent slowcore and folk behind him, and this year's lyrically heavy Sun Kil Moon album is one of the best of his career. Mark's played solo shows a few times in NYC over the past few years, but this one's SKM full band and should be a special night.

Nickel Creek, Secret Sisters @ Prospect Park Bandshell
Modern bluegrass group Nickel Creek are back after a 7 year split with their first album since 2005 and a bunch of live shows this year. This one's free.

Bold, Give, Clear, Intent @ Saint Vitus
New York youth crew hardcore vets Bold were initially around in the '80s and early '90s. They're now back (with their 1989 lineup), and ahead of their appearance at Philly's stacked This Is Hardcore they'll squeeze in this hometown-area show.

Yumi Zouma, Rush Midnight, Celine Dijon (DJ), Katie and Dustin (TBC) DJ @ Baby's All Right
Yumi Zouma's debut EP came out back in February on Cascine and, like a much of what's on the label, their airy pop is part '80s soft rock, part '80s synthpop. Which should fit well with Rush Midnight. This is a free show.

Crocodiles, Christines, The New Lines @ Death by Audio
Bi-coastal fuzzrockers Crocodiles are putting the finishing touches on their new album, so expect to hear some new songs tonight. This is a solid bill, with Christines (Swervedriver-style miasma rock) and The New Lines (krauty baroque a la Broadcast).

Thao @ MoMA
The MoMA Nights concert series looks like a pretty chill way to see some post-work music, with bands playing in the museum's sculpture garden. This week: the multitalented Thao Nguyen who will be playing solo (sorry Get Down Stay Down fans). Free with museum entry.

Old 97's @ Stone Pony
Celebrating 20 years as a band this year, alt-country vets Old 97's showed they still have some shit to kick with their new album, Most Messed Up.

Electric Six @ Asbury Lanes
Electric Six are essentially a one-joke band -- off the charts ego/bravado/innuendo over danceable rock -- who've managed to milk it across 10 albums. Whether you had enough after "Danger! High Voltage!" or still dig the schtick, E6 are always a fun live show.

Band of Horses, Midlake @ Capitol Theatre
Band of Horses keep kicking out their big-sounding indie folk, and for this tour they're joined by solid likeminded band Midlake, who will be playing acoustic.

Alabama Shakes @ Terminal 5
Alabama Shakes bring their rootsy blues rock back to NYC tonight for this show which is free as long as you entered Mercedes Benz's contest and gained admission.