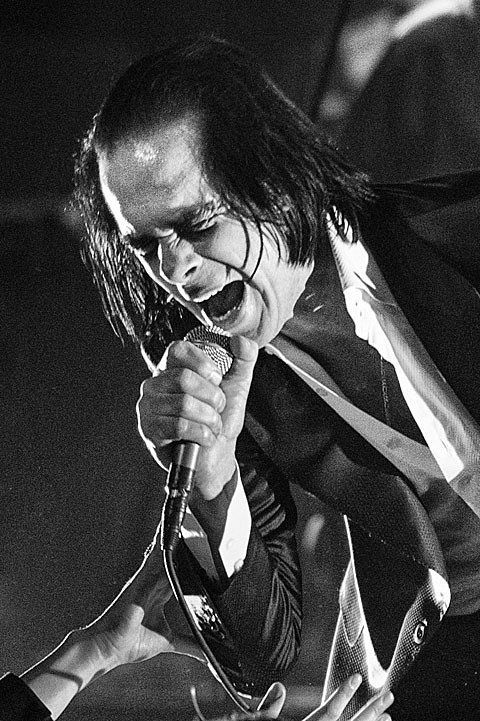 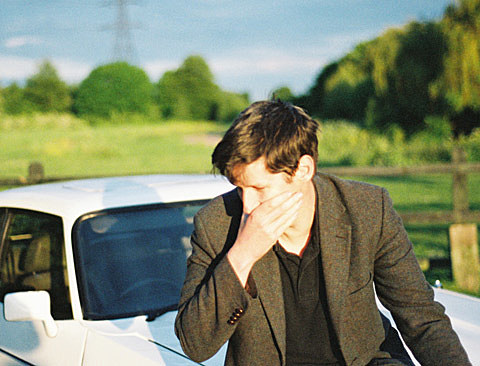 Darren Hayman, The Smittens, Pale Lights, Let's Whisper @ Cake Shop
In certain circles, '90s-era indiepop band Hefner are talked about in the same fervorous tones as The Smiths and Pulp. Tonight, singer Darren Hayman (who has put out music steadily since Hefner's demise) plays his first NYC show in over 15 years. The rest of the bill, put together by the NYC Popfest folks, is pretty good, don't miss Pale Lights (featuring members of Comet Gain and Crystal Stilts) if you're going.

A Sunny Day in Glasgow, Ice Choir, Jason Bartell (of Fang Island) @ Baby's All Right
Philly shoegazers A Sunny Day in Glasgow made a big leap forward with their new album, Sea When Absent, fully utilizing new singer Jen Goma's powerful pipes. The band are scattered around the country, who knows when they'll play again?

Bad Canoes, Black Rainbow, Low Fat Getting High, Shellshag, CCTV @ Death by Audio
San Francisco DIY punks Black Rainbow's members came up in the same scene that the members of Shellshag were part of before they moved here, and like that band, Black Rainbow still sound great and relevant today. This is their second of two NYC shows of the weekend. Shellshag are on this one too, as are Marissa Paternoster's (of Screaming Females) other band Bad Canoes, and solid local punks Low Fat Getting High. (Swearin' were initially on the bill but dropped.)

Midlake (acoustic) @ Joe's Pub
Midlake and singer Tim Smith parted ways a year ago, and the band scrapped a half-finished album, eventually making Antiphon which is out this week. Minus Smith, Midlake have eschewed much of their mossy folk in favor of proggy rhythms and engaging arrangements. Not a bad thing at all. This show is acoustic.

Nashville Pussy, Fifth on the Floor, Hail Action @ Knitting Factory
Nashville Pussy have been doing the sleazy cowpunk thing for nearly 20 years and are a reliably sloppy good time.

Cashmere Cat, Total Freedom, GoldLink, UNiiQU3, Suicideyear @ MoMA PS1
Warm Up continues today with yet another dose of forward-thinking electronic (and related genres) music under the sun. Headliner Cashmere Cat is increasingly becoming a big deal and should really get the party started. Rapper GoldLink should be another highlight as well.

A Place to Bury Strangers, Body Language, Cities Aviv, Hunters, What Cheer Brigade, Ski Lodge, Monogold, Tiny Victories, Honduras, Modern Rivals @ Onderdonk House
This is the first day of the 2014 Out in the Streets which is happening at the historic Van Onderdonk House in Ridgewood Queens. The bucolic setting should be an odd juxtoposition with APTBS' wall of noise. Lot of good bands on this bill, which starts at 2 PM.

Mortician, Devourment, Midnight, Lust of Decay, Diminished, Plague Window, Rottenness, Sexcrement, Invidiosus, Doesn't Matter, Bottomless Pit, Tomorrow's Victim @ Saint Vitus (NY Deathfest)
Maryland doesn't get all the fun. NY has a Deathfest now too (no affiliation), though it's a smaller one but does include some great names in metal like Midnight, Mortician, Devourment and more.

Braid in Chicago in June (more by Jeff Ryan) 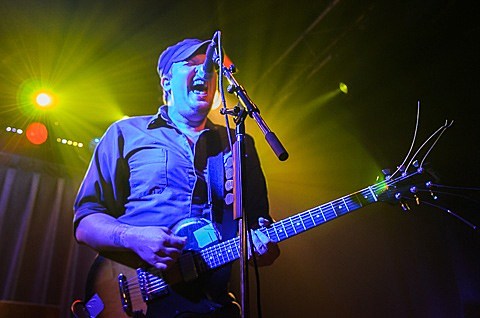 Braid, A Great Big Pile Of Leaves, Marietta @ MHOW
16 years after Braid's now-classic Frame & Canvas was released, the emo vets are finally back with its followup, No Coast, and it was worth the wait. It picks up where they left off but sounds like a contemporary of the newer bands in the genre too. Openers A Great Big Pile of Leaves make this a great double bill and Braid fans should dig them too.

Chumped, Save Ends, Laureate, Cassavettes @ Suburbia
If you're into '90s-style pop punk done right (unpolished and with feeling), you'll want to be at Suburbia tonight where the whole lineup fits that description.

The Antlers, Mr. Twin Sister @ Webster Hall
The Antlers' 2009 album, Hospice, may still remain their "classic," but its two followups have also both been excellent, including this year's Familiars which may be their slowest, saddest stuff yet (and filled with awesome horns).

Prodigy @ Levi's Commuter Workspace
Mobb Deep have been very active this year, but tonight Prodigy takes a step away from his main group for a solo show. It's free, you just have to RSVP.

Ryan Hemsworth @ Surf Lodge
If you're looking for an excuse to spend the weekend in the Hamptons, perhaps a free show from electronic producer Ryan Hemsworth would give you the extra push? He'll provide just the kind of chilled out vibes.