Conor Oberst in Chicago in May (more by James Richards IV) 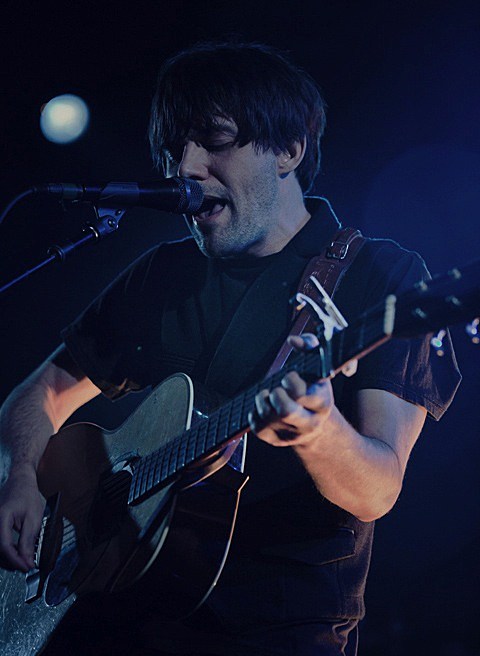 Conor Oberst, Dawes @ Central Park Summerstage
The brains behind the beloved Bright Eyes and multiple other projects throughout his lengthy and prolific career, Conor Oberst is now back in solo mode with a new folk-oriented record, Upside Down Mountain.

Chain and the Gang, Ed Schrader's Music Beat @ Baby's All Right
Ian Svenonius' current outfit Chain & the Gang recently released new LP, Minimal Rock n' Roll and, while it purposefully lacks production flourishes, it's got no shortage of style and attitude. (Those have been Svenonius' calling cards since the start.) They play tonight with Baltimore party starters Ed Schrader's Music Beat.

Jody Porter, John Gallagher Jr., Ionia, Coastgaard @ Bowery Electric
Jody Porter is a guitar-pop vet, having logged time in The Belltower (with Britta Phillips) and Fountains of Wayne. On his own, things lean a little more psych. Also performing is John Gallagher Jr who you may know from HBO's The Newsroom (if you watched that).

Naomi Shelton & Gospel Queens @ Rough Trade
Like others on the Daptone label, Naomi Shelton is a veteran performer with newfound success in the retro soul/funk world thanks to recent exposure. She has a new album out today and celebrates with this free in-store. Daptone DJs at doors.

The Kooks, CLARA-NOVA @ Terminal 5
British pop rockers The Kooks will return with their fourth album, Listen, this September. Ahead of that they play two sold out NYC shows, this being the second.

Here's a toughie if you're on Long Island tonight: Get sensitive with a 3 Doors Down acoustic set or party under the sun with Sugar Ray and Smash Mouth. How does anyone choose?!